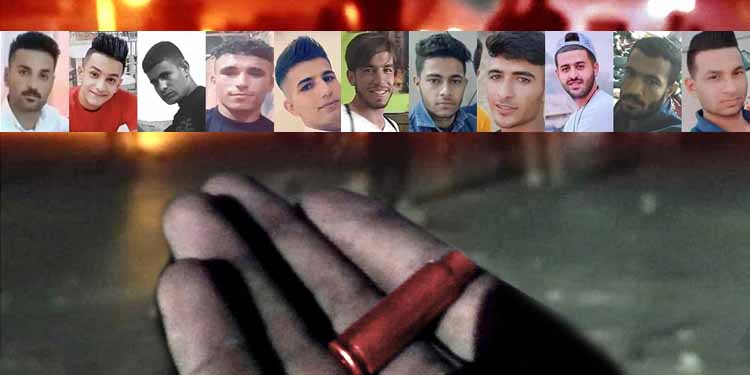 The regime’s confrontation with protesters has continued in various forms after the violent suppression of Khuzestan water protests.

Unofficial sources say that more than a thousand people have been arrested in the cities of Shadegan, Behbahan, Izeh, Susangard, Mahshahr, Ahvaz, Dasht-e Azadegan, Khorramshahr and Abadan. The names of more than 300 detainees have been published on social media in recent days.

The average age of those arrested is 16 to 20 years.

House-to-house raids to arrest people who were identified by plainclothes security agents during the protests have been reported in several villages in the province. A number of detainees with a history of previous engagement in peaceful activities or taking part in protests have been transferred to detention centers in neighboring provinces, according to informed sources.

Furthermore, in recent days, security forces have tried to create a heavy security atmosphere in the cities that were the main centers of the protests, including by pressuring the families of those killed during the protests, and disrupting or restricting access to the Internet.

The family of slain protester Mostafa Naimawi was not allowed to hold funeral ceremony at his gravesite.

Security forces told Naimawi’s family that they suppose Mostafa lost his life to the coronavirus or was killed in an accident.

On 17 and 18 July, Fars News Agency published two video interviews with relatives of Mostafa Naimavi and Ghassem Naseri (Khozeiri) who were killed in the protests. In the videos they describe their deceased loved ones as “not the type to get involved in riots” and deflect blame from the government.

The family of Hadi Bahmani, a 17-year-old boy who was shot dead by security forces during the water protest in the city of Izeh, has also come under intense pressure from security forces to refrain from holding any ceremonies at home and visiting relatives.

The IRGC told the family of slain protester Farzad Farisat that they would give his body to them on three conditions.

The Fereisat family refused. He was buried on July 24, by security forces at 5am without his family knowing.

The nightly protests which started from July 15 continued for 10 days in over 35 cities across the country.

Iranians blame the regimes’ policies for the severe water shortage. They believe the regime’s elites and the unelected Supreme Leader have deprived them of their basic living rights, including the recent water shortage.

Security forces resorted to lethal force, using live bullets, pellet guns and tear gas to crush protesters. At least 13 protesters were killed by the state security forces during the protests.

The regime disrupted cellphone internet connectivity in some cities in Khuzestan. There have been widespread arrests in the past days.

On July 23, Amnesty International released a statement underlining that “Iran’s security forces have deployed unlawful force, including by firing live ammunition and birdshot, to crush mostly peaceful protests taking place across the southern province of Khuzestan.”

“Using live ammunition against unarmed protesters posing no imminent threat to life is a horrifying violation of the authorities’ obligation to protect human life. Protesters in Iran who take to the streets to voice legitimate economic and political grievances face a barrage of gunfire, tear gas, and arrests,” said Diana Eltahawy, Deputy Director for the Middle East and North Africa.

Ms. Eltahawy underlined that “Iran’s authorities have a harrowing track record of using unlawful lethal force. The events unfolding in Khuzestan have chilling echoes of November 2019, when security forces unlawfully killed hundreds of protesters and bystanders but were never held to account. Ending impunity is vital for preventing further bloodshed.”