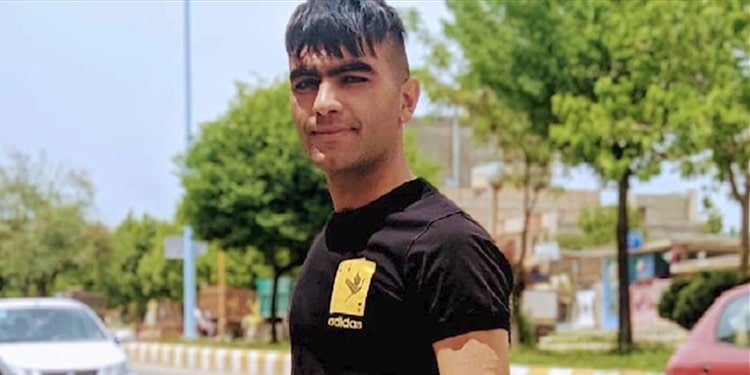 A young prisoner died after being flogged for drinking alcohol in the city of Ahar in northwestern Iran. He was identified as Hadi Attazadeh.

Hadi Attazadeh passed away a few hours after being flogged in Ahar Prison, northwest Iran. Footage of his funeral and footage showing marks of his lashed back was also published in the report.

The Chief Justice of Eastern Azarbaijan Province denied reports of the man dying from flogging and said “initial investigations showed that the most likely cause of death was drug poisoning” and “abdominal pain”. Musa Khalilollahi did not provide further details on how Hadi Attazadeh obtained the medicine.

However, his family denied this claim.

“The Chief Justice of Eastern Azarbaijan said he passed away from abdominal pain and the prison told us he died from COVID-19. All of these are lies. They killed him,” he said.

The Iranian authorities continue to allow such ruthless punishments and to justify them in the name of protecting religious morals.

Article 265 of Iran’s Islamic penal code states that the punishment for consumption of alcohol by a Muslim is 80 lashes.

More than 100 other offences are punishable by flogging, including theft, assault, vandalism, defamation and fraud, as well as acts should not be criminalised, such as adultery, intimate relationships between unmarried men and women, “breach of public morals” and consensual same-sex sexual relations.

Iranian authorities executed a man in July 2020 for “drinking alcohol” in Mashhad Central Prison in Razavi Khorasan province. He was identified as 55-year-old Mortaza Jamali.