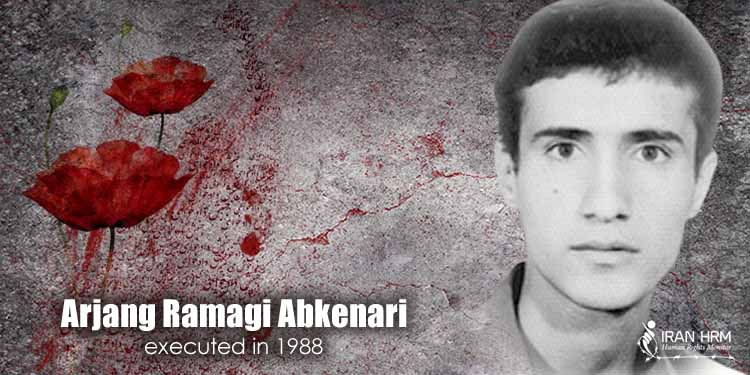 Arjang Ramagi Abkenari was born in 1962 in Khoi, northwest Iran.

He was a supporter of the People’s Mojahedin Organization of Iran (PMOI/MEK).

In 1982, not because of being PMOI’s supporter but to force Arjang’s father to reveal his other son’s whereabouts, the Revolutionary Guards (IRG) arrested Arjang when he was in his 20’s.

In a sham court session, which was lasted no more than several minutes, Arjang was sentenced to 18 years in prison.

But after enduring six years behind bars, he was among the first 37 people who were executed by firing squads during the 1988 massacre in Hamedan.

He was buried in a cemetery in the same city.
Arjang’s family were not informed by the authorities about his execution, until after five months, two IRGC members arrived at Arjang’s home with a bag of his bloody clothes. Arjang’s mother opened the door on them, and they gave his bloody clothes to his mother. The mother suffered a heart attack after seeing her son’s bloody clothes. She died of serious heart condition later in the summer of 1989.