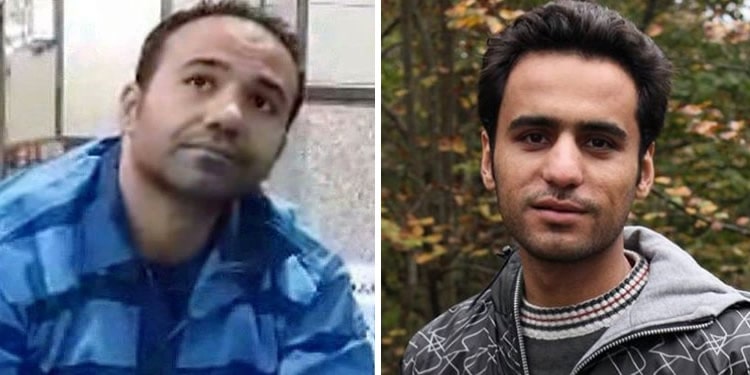 Prisoners of conscience, Soheil Arabi and Behnam Mousivand, who are being held in Rajai Shahr Prison in Karaj, refused to attend a court hearing on Wednesday, October 6, in connection with a case filed against them during their imprisonment.

According to an informed source they were beaten on the order of prison officials after they refused to appear the court.

The charges against the activists in this case are “disturbing the order of the prison” and “insulting the Supreme Leader.”

According to the source, Soheil Arabi and Behnam Mousivand were interrogated online that morning.

Soheil Arabi was recently sentenced in another case by Branch 26 of the Revolutionary Court of Tehran to two years in prison, a fine, and a ban on leaving the country.
In a separate case in June, Arabi had been charged with “propaganda activities against the regime and disturbing the public opinion”.

Arrested in November 2013, Arabi was initially sentenced to death for “insulting the Prophet” in comments he posted on Facebook that were critical of the clerical regime and some senior officials.

Upon appeal his sentence was reduced to seven and a half years in prison and two years of religious studies to prove his repentance, as well as a two-year ban from traveling abroad.

He has been denied leave since his arrest.

In 2018, he was sentenced to three more years behind bars, increasing his total term to 10 years for engaging in peaceful activism inside the prison.
Behnam Mousivand was arrested at his home on February 1, 2018 by intelligence agents and transferred to the Ministry of Intelligence Detention Center, Ward 209 of Evin Prison. Mr. Mousivand was released on March 19, 2018.

The verdict was upheld by Branch 36 of the Tehran Court of Appeals. He has been ordered to serve five years behind bars according to Article 134 of the Islamic Penal Code, which allows defendants to serve only the longest sentence in cases involving multiple convictions.

He was arrested on June 14, 2020 to begin serving his prison sentence.