Poverty runs rampant in Iran due to state mismanagement and corruption 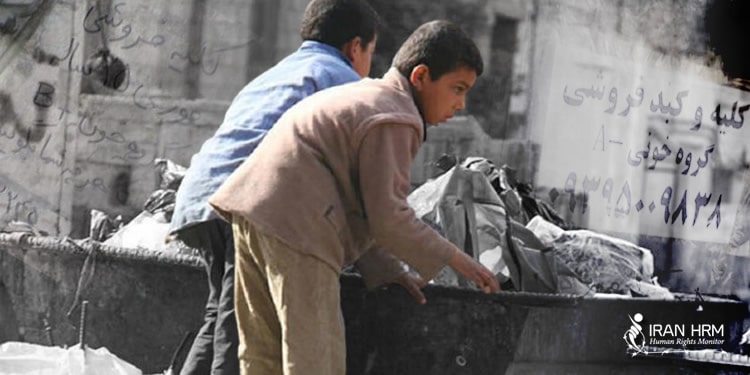 The people of Iran have become much poorer in the past years. The middle class has all but diminished and more than 80 percent of the Iranian people live under the poverty line.

The thought and sight of people sleeping in empty graves and ditches, on roofs, or in abandoned refrigerators batter the conscience of every human being.

Today, they are a daily sight everywhere in Iran, under the rule of the mullahs. The regime’s officials and media talk and write about these people easily and without shame.

According to the state-run Jahan-e Sanat on August 9, “official reports indicate the living conditions of all sectors of society have deteriorated.”

“The poverty line last year increased by 38% compared to 2019—high inflation in food and housing. Housing and food are the two only concerns of poor households. This has been cited as one of the main reasons for the increase in the poverty line over the past year,” Jahan-e Sanat wrote.

According to Jahan-e Sanat, “Considering the living conditions of households in the last decade, it is clear that the growth rate of poverty has been faster than the growth rate of wages in all years, and the wage gap and poverty line reached 145% by the end of the 2010s.”

Among all sectors of society, Iranian workers endure more pressure due to the regime’s anti-labor policies. “Now there is a gap of 6 million Tomans between the living expenses and workers’ wage. In the last four months of the year, famine has become dominant in workers’ life. All the workers are in trouble,” wrote the semi-official ILNA News Agency on August 6.

“In this situation, families can not provide the protein, dairy, and beverages they need. Our economy is becoming like Venezuela. The Venezuelan economy is completely bankrupt. If we cannot solve our problems in these areas, we will follow the same path as Venezuela. Thus, the devaluation of the national currency, inflation, unemployment, etc., will be greater than now,” ILNA adds, quoting a member of Iran’s Chamber of Commerce.

According to a study by the Iranian Regime’s Islamic Parliament Research Center, while accounting only for one percent of the world population, Iran has over seven percent of its minerals.

Iran’s crackdown on freedom of expression aims to silence dissent