Iran’s crackdown on freedom of expression aims to silence dissent 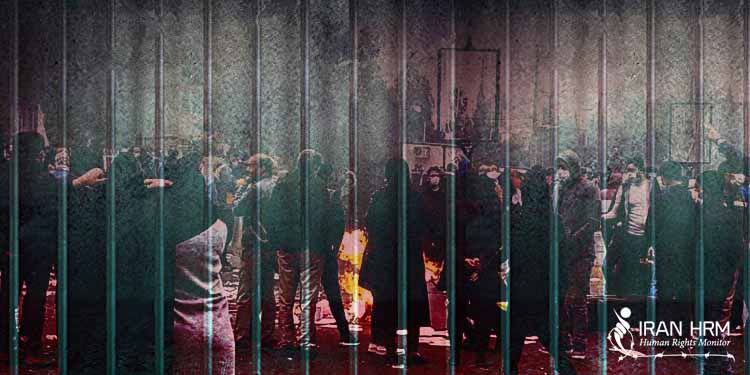 The right to freedom of expression in Iran has always been severely restricted.

The arrest of critics and dissidents, prison sentences against rights activists, crackdown on protesters, severe censorship of the social media and the press, and crackdown on any dissent are just part of the repression on the freedom of expression in Iran.

The extent of the crackdown on freedom of expression in Iran is widespread, and its victims are not just media activists, dissidents, or critics.

Beset by a whole host of economic, social and political crises, the clerical regime has been trying to rein in simmering social discontent by suppression any form of dissent.

Writers, artists, civil society activists, lawyers and social media activists from all walks of the society are among the victims of the repression of freedom of expression in Iran.

Those who dare to criticize the state policies are being targeted by the regime and imprisoned on the charge of “propaganda against the state.”

Iranian law stipulates that individual should not be targeted for their beliefs.; Article 23 of the Constitution states explicitly that: ” The investigation of individuals’ beliefs is forbidden, and no one may be molested or taken to task simply for holding a certain belief.”

Article 24 meanwhile guarantees freedom of the press “except when it is detrimental to the fundamental principles of Islam or the rights of the public.”

However, many dissidents and critics are charged with “propaganda against the regime” simply for expressing their views or criticizing the regime.

Dozens of journalists have been arrested and tried in recent years. Many of them have been sentenced to prison and flogging by Revolutionary Court rulings.

In a recent case, two journalists in Ahar, a city in northern Iran’s East Azerbaijan province, were arrested for reporting that several children between the ages of 7 and 11 were allegedly raped, sexually assaulted or subjected sexual harassment by a teacher who is a member of the Revolutionary Guard Corps.

Reporter Abolfazal Pourhossien Qoli and photographer Arash Shadmand, who work for Sehrama, a local media outlet, were arrested by Revolutionary Guards on 30 September and 1 October respectively and were transferred to a Revolutionary Guard prison in Tehran without their families being told where or why they were being held. The prosecutor’s office in Ahar had had told the media not to cover the story although the families of two of the children filed complaints with the local judicial authorities.

The continued detention of Iranian Writers Association (IWA) board members Baktash Abtin and Reza Khandan Mahabadi, as well as former board member Keyvan Bajan, who have been imprisoned since September of last year on charges of “propaganda against the regime and acting against national security,” is a clear example of repression of freedom of expression in Iran.

They were sentenced in May 2019 to six years prison each on charges of “propaganda against the state” (one year) and “assembly and collusion against national security” (five years), for their peaceful actions including publishing documents about the IWA’s history and statements against censorship and organizing memorial ceremonies for IWA members who had been killed by state agents in the 1990s.

The ongoing detention of Iranian defense lawyers Mostafa Nili and Arash Keykhosravi as well as civil rights activist Mehdi Mahmoudian, is another example of the violation of freedom of expression in Iran.

The three were detained by security forces in August in Tehran for preparing to sue state officials over their ineffective and deadly response to the COVID-19 pandemic.

Amnesty International said on August 28 that they were arbitrarily detained for holding a meeting to discuss possible legal action in support of people’s right to lifesaving COVID-19 vaccines and that they must be immediately released.

The Iranian regime has a history of dealing with artists and violating their freedom of expression;

On September 12, dissident rapper Toomaj Salehi was arrested for his recent songs which are critical of the current political and economic condition in the country. He was released on September 21 after being charged with “propaganda against the state.”

In a recent case, an internet activist was sentenced to seven months of prison for “spreading propaganda against the Islamic Republic by publishing images and content in cyberspace” in Saqqez, western Iran. the activist was identified as Ebrahim Shouryani. Ebrahim’s trial took place on October 12 and his sentence was issued in absentia. He has 20 days to appeal the court’s decision.

Ebrahim is the administrator of a Telegram channel and was previously detained in December 2020 but was later released on bail.

This is not an isolated case. The Iranian regime is notorious for detaining internet activists under the pretense of disturbing public minds and spreading propaganda against the state.

In a new law passed in February, Iran’s Supreme Council of Cyberspace said websites and social media accounts with over 5,000 viewers or members will be monitored by judicial and government agencies.

According to IT Iran, a website that covers tech news, the law stipulates that account owners must immediately remove “unreal” information, news, or other content, upon being informed and must post an explanation, then report to the relevant authorities.

Accounts monitored will include social media channels, pages, websites, and apps that have over 5,000 viewers or members.

Poverty runs rampant in Iran due to state mismanagement and corruption

Iranian political prisoners go on hunger strike after being beaten