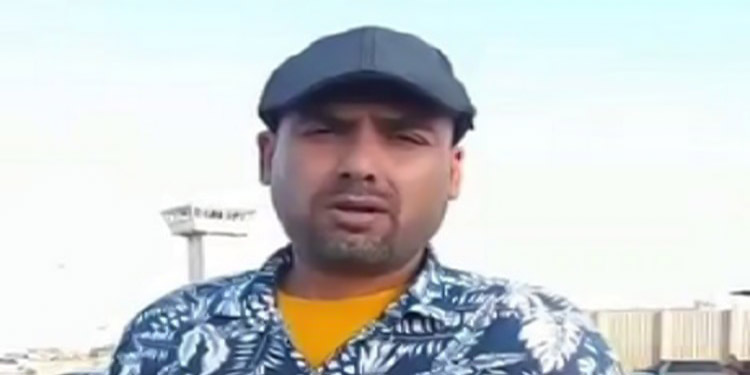 Political prisoner Khaled Pirzadeh, imprisoned in Sheiban Prison in Ahvaz, is still on a hunger strike. He has suffered various physical problems during his hunger strike.

Political prisoner Khaled Pirzadeh has been on a hunger strike since August 23, 2021. So, he has been on hunger strike for 68 days in protest to the authorities’ refusal to accept his request for conditional release. He is also protesting the violation of the principle of separation of crimes, and the State Security forces’ violent treatment of his family.

Branch 36 of the Tehran Court of Appeals upheld his sentence in June 2020. According to Article 134 of the Islamic Penal Code, 5 years of the sentence was applied to him.

Political prisoner Khaled Pirzadeh was transferred from Evin Prison to Greater Tehran Prison on July 22, 2020. He was also beaten during this transfer.

Khaled Pirzadeh underwent foot surgery in August 2020. His legs and spine have been damaged during his detention, and he needs surgery and physiotherapy.

But the Greater Tehran Penitentiary summoned Khaled Pirzadeh on July 7, 2021 and held in the quarantine. On July 14, 2021, he was sent to exile in the Sheiban Prison in Ahvaz and detained alongside dangerous criminals.