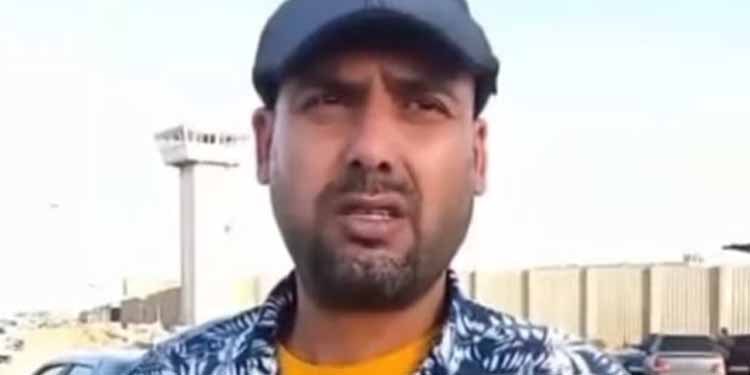 Political prisoner Khaled Pirzadeh was moved out of the quarantine of the Greater Tehran Penitentiary to an unknown location on July 14, 2021. Recent reports indicate that he is detained in the general ward 2 of Sheiban Prison in Ahvaz.

Mr. Prizadeh’s lawyer in a post expressed concern about the fate of his client. “This ward is a place for detention of dangerous convicts,” he wrote.
Failure to observe the principle of separation of crimes in prisons violates the most basic rights of political prisoners. If anything happens to political prisoner Khaled Pirzadeh, the clerical regime and the assistant prosecutor in charge of political prisoners’ affairs will have to account for it.

Khaled Pirzadeh was conditionally released from GTP on June 14 but returned to prison on July 7, 2021.

On May 31, he went on hunger strike saying that he would continue until he is granted his legal demand. On June 14, he ended his hunger strike after he was granted medical leave.

In a note explaining the reasons for his hunger strike, Mr. Pirzadeh wrote: “It is 25 months now, that I have been detained in prison in dire physical and psychological conditions, without enjoying (my right to) visitations and leave. Presently, my wife has been infected with the Coronavirus and is in dire conditions. She does not have anyone to care for her. My young daughter has to stay away from her mother to be safe from contracting the disease. Being away from her father, and deprived of her mother’s love, have added to the pains of my little girl. What shall I do with this pain?”

He went on hunger strike earlier on February 22, 2021, in protest to lack of medical care and treatment, and to the authorities’ rejection of his request for conditional release. Four days later, he sewed his lips because his demands were not met. Finally, he ended his hunger strike on March 8, after the prison authorities signed papers approving his conditional release.

Intelligence agents violently arrested Khaled Pirzadeh on May 26, 2019, and moved him to Evin Prison after his interrogation was finished.
In February, Tehran’s Revolutionary Court sentenced him to 5 years in prison for “assembly and collusion” against the state, 2 years for “insulting the leader (Ali Khamenei).” The 7-year sentence was later commuted to 5 years by the Revision Court.

Mr. Pirzadeh was moved to the Greater Tehran Penitentiary on May 21, 2020. Evin Prison’s special guards brutalized him while transferring him to GTP.
Khaled Pirzadeh underwent surgery in August 2020, after he suffered serious damages to his legs and back discus. He needs further surgical operations and physiotherapy.

In January 2021, he was hospitalized for his heart condition.