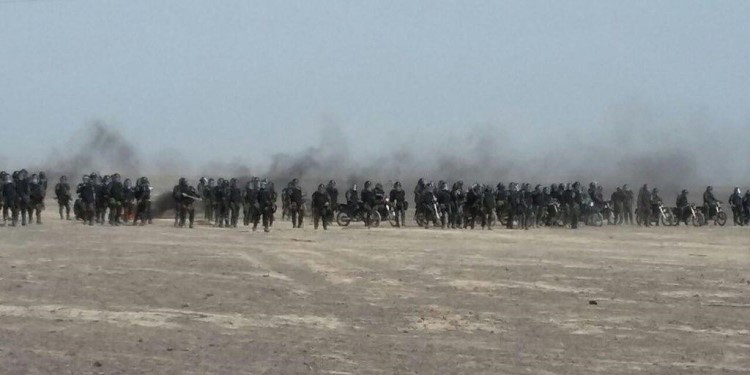 Security forces mobilized to crack down on Isfahan protests

At least 100 persons were wounded during the attack by the Iranian regime troops on the peaceful demonstration of the farmers and people of Isfahan.

An upwards of 300 have reportedly been arrested and detained during the protests.

The Iranian regime’s security forces opened fire on the protesters in the vicinity of Khajou Bridge of Isfahan. Many were shot in the face and eyes.

Hit and run confrontations between the protesters and the regime’s repressive forces continued until midnight in various parts of Isfahan where the sound of gunfire could be heard.

The disgruntled farmers and youths of Isfahan held protests yesterday, November 26, 2021, in the riverbed of Zayanderud despite massive mobilization of security forces.

They clashed with the IRGC, Bassij, and State Security Force (SSF), forcing them to retreat in many areas.

To control the situation, security forces opened fire on protesters using pellet guns and tear gas. At least 100 persons were wounded and more than 300 arrested during the protests in Isfahan on November 26.

The clashes in Isfahan broke out after two weeks of protests and sit-in by farmers who demand their share of water from Zayanderud River.

The clerical regime has diverted the river’s path to its steel, nuclear and missile projects, leading to the drying up of this once bustling river in central Iran.