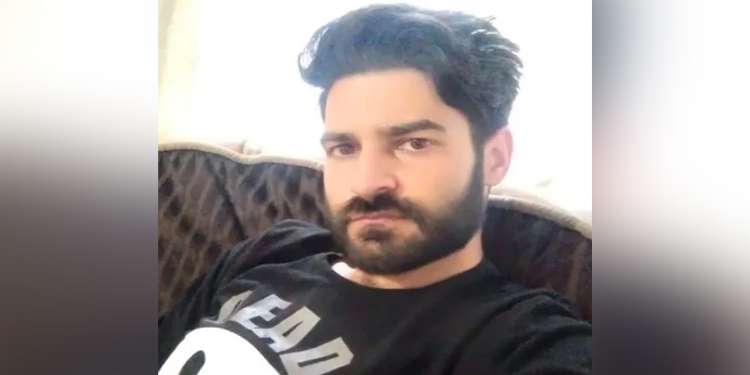 Iran’s Ministry of Intelligence has resumed summoning and re-arresting protesters detained during the November 2019 #Iranprotests.

Reza Ramezan Zadeh is among those whom Iran’s Ministry of Intelligence interrogated and threatened to re-arrest.

The Iranian Ministry of Intelligence has resumed summoning and re-arresting protesters detained during the November 2019 #Iranprotests.

Reza Ramezan Zadeh is among those whom the Intelligence Ministry interrogated and threatened to re-arrest.

The agents and interrogators of Iran’s Ministry of Intelligence have been summoning the arrestees of the November 2019 protests over the past two months. The MOIS agents have threatened and pressured these individuals to refrain from any activities and participating in protests.

On Thursday, November 25, 2021, Reza Ramezan Zadeh was summoned to the Evin Prison. Agents of the Intelligence Ministry interrogated him. They told him to stay away from any activities otherwise, his conditional release would be rescinded and he would be returned to prison.
The Ministry summoned him by phone.

Reza Ramezan Zadeh was arrested during the nationwide protests in November 2019. Agents of Iran’s Ministry of Intelligence arrested him in Tehran on November 23, 2019. The 15th Branch of the Revolutionary Court of Tehran sentenced him to three years in prison.

Mr. Ramezan Zadeh was subsequently transferred to the Greater Tehran Penitentiary. He was conditionally released from GTP on May 19, 2021, after serving half of his prison term.

In his report released on February 19, 2020, the UN Special Rapporteur on the situation of human rights in Iran, Javaid Rehman wrote that he was “shocked” at the number of deaths, acute injuries, and ill-treatment of persons detained during the November 2019 protests.

“According to reports, detainees are being tortured or are suffering other forms of ill-treatment, sometimes to extract forced confessions.”

Rehman said in his report, “There are also reports of denials of medical treatment, including for injuries caused by the excessive use of force by the security forces, with some other detainees being held incommunicado or being subjected to enforced disappearance

Rehman asserted that he “is concerned about reports that families of individuals killed by the security forces have been threatened not to speak out.”

Javaid Rehman wrote in his report that in the days following the protests, images and reports emerged which demonstrated the security forces’ brutal methods including direct shooting of unarmed citizens.

Rehman added in another part of his report that on November 25, one of the members of the parliamentary Foreign Affairs and Intelligence Committee announced that more than 7,000 protesters had been arrested. They were detained in overcrowded places without having access to their lawyers. They are tortured and mistreated and put under pressure to make forced confessions.

UNSR also reiterated that reporters had been strictly ordered to refrain from criticizing the regime’s treatment of the protesters.

In the final part of his report, Javiad Rehman urges the clerical regime to free all the protesters arrested in November 2019 and to immediately inform their families of their conditions and place of detention.

The UNSR also pointed out in his report to the execution of minors, the dire conditions in the detention centers, use of brute force and violence against ethnic and religious minorities, executions in public, murder of those who carry goods and fuel on their shoulders in the border regions of Kurdistan and Baluchestan, and discrimination against women.

According to Article 134 of the Islamic Punishment Law, the maximum sentence, namely the five years, is going to be implemented.

The Iranian Judiciary handed down heavy prison and flogging sentences for a number of protesters arrested in the nationwide protests in November 2019.

Gita Horr, arrested on November 21, 2019 by intelligence agents, is presently detained in the Qarchak Prison of Varamin. She was sentenced to six years in prison by Branch 24 of the Revolutionary Court of Tehran; five years for “assembly and collusion against national security” and one year for “propaganda against the state.”

Siamak Moghimi Momeni, 18, was tried by Branch 24 of the Revolutionary Court of Tehran. Arrested in November 2019, Mr. Momeni was sentenced to 10 years in prison for “assembly and collusion,” “propaganda against the state,” and insulting Khamenei and Rouhani.

Milad Arsanjani, 31, was sentenced to five years by Branch 1 of the Court of Shahriar in south Tehran on the charge of “assembly and collusion against the state,” and insulting Khamenei and Rouhani.

Kianoush Jamali, 27, was arrested on November 19, 2019 by agents of the IRGC Sarallah Corps. He was tried by Branch 26 of Tehran’s Revolutionary Court and sentenced to 7.5 years in prison for “assembly and collusion against the state” and insulting Khamenei and Rouhani.