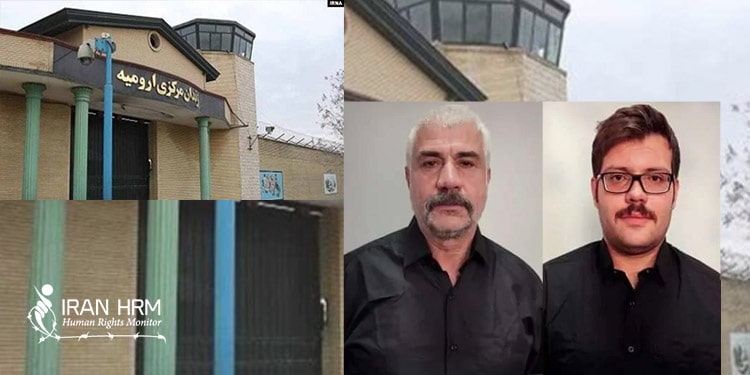 According to recent reports, political prisoners Ebrahim Khalil Sedighi Hamedani and his son, Salar Sedighi Hamedani, were taken to a the detention center of the Intelligence Department of Urmia on October 29, 2021. Several other prisoners were also in their group.

The father and son were viciously beaten and tortured. Intelligence agents wanted the two prisoners to give TV interviews in which they would repent and express remorse. They were tortured to make forced confessions.

The two political prisoners went on hunger strike to protest the torture and pressures imposed on them.

After they refused to give TV interviews, they were returned to the Central Prison of Urmia along with other prisoners in late November.

The prisoners were deprived of having telephone contacts with their family or visitations during detention in the Intelligence Department.

Ebrahim Khalil Sedighi Hamedani was arrested on February 23, 2019, along with his son, Salar, and daughter, Maryam. They were transferred to the Central Prison of Urmia on April 23, 2019, after two months of interrogations.

Maryam Sedighi Hamedani was released on bail on April 25, 2019.

The first court hearing for the two political prisoners in Urmia Prison was held on September 18, 2019, at the 2nd branch of the Revolutionary Court of Urmia. They were denied access to their lawyer.

The court finally sentenced them to 15 years in prison each for “membership in the People’s Mojahedin Organization of Iran (PMOI/MEK)” and to one year for “propaganda against the state.”

The 3rd branch of the Revolutionary Court of Urmia further sentenced Mr. Sedighi Hamedani and his son, Salar, to three years in prison for the alleged “filming military centers.” Each of the father and son were sentenced to a total of 19 years in prison.

Ebrahim Khalil Sedighi Hamedani had been arrested in 2005 for “collaborating with the People’s Mojahedin of Iran” and sentenced to six years in jail. He was conditionally released after serving two years.

Since the attack had been carried out on the orders of the prison’s warden and the internal manager, Amirbeigi, the wounded political prisoners were transferred to the quarantine ward, instead of the infirmary.

These two political prisoners in the Urmia Prison have been frequently harassed and brutalized during their time in prison. They have already contracted the Coronavirus.

A glance at the human rights situation in Iran in 2021