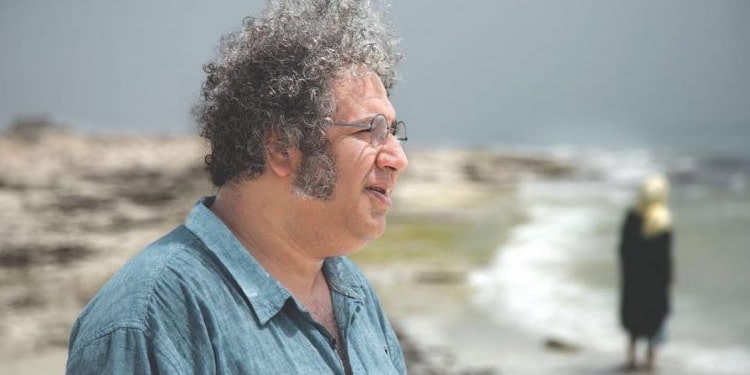 Baktash Abtin, a member of Iran’s Writer’s Association died today in a Tehran hospital after catching COVID-19 in Evin Prison.

Baktash Abtin, 48, was put into an induced coma in a Tehran hospital after being rushed there from Evin Prison on December 14 with severe symptoms of COVID-19.

Prison officials delayed his transfer to a hospital for several days after he was diagnosed with Coronavirus and despite his critical condition.

The poet, author and filmmaker was in prison on charges of “propaganda against the state” and “actions against national security.”

He was a board member of the persecuted Iranian Writers Association (IWA).

The IWA tweeted on January 2 that “His suffering during the past month has been the direct result of actions by the state and prison authorities.”

On May 15, 2019, Abtin was sentenced to five years imprisonment on charges of “illegal assembly and collusion against national security” and one year for “spreading propaganda against the state.”

He began serving his six-year sentence on September 26, 2020, according IWA in a statement published on its website.

Baktash Abtin dedicated his life “to promote freedom of speech and denounce censorship in Iran, and has published numerous books on history, sociology, and literary criticism,” IWA said.

He had been imprisoned along with two fellow Iranian Writers Association board members, Reza Khandan Mahabadi and Keyvan Bajan, since September 2020.

Prisoners in Iran are highly exposed to COVID-19 due to prisons that are crowded, unclean, and lacking basic safety procedures for testing, separation and treatment of ill prisoners.

Despite repeated domestic and international calls, the Iranian regime refused to temporarily release prisoners during the pandemic and continued to disrupt the treatment of prisoners who had contracted the virus.