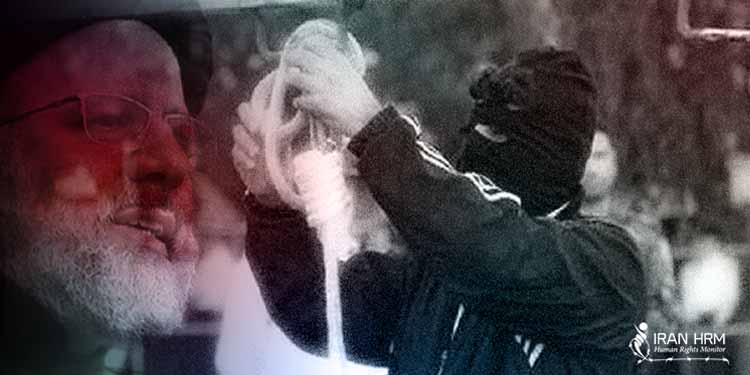 More than 365 prisoners have been executed in 2021 in Iran, raising concern over the abysmal human rights condition which has worsened since Ebrahim Raisi became the regime’s president.

This number does not include those prisoners who are secretly executed, and it is not possible to ascertain their names and places of execution.

The actual number of executions in 2021 in Iran is much higher as the regime carries out most executions out of the public eye.

No witnesses are present at the time of execution but those who carry them out.

Four victims of executions in 2021 in Iran were sentenced to death as juveniles.

Other executions were carried out for crimes such as sodomy, rape, etc., and the crimes and identities of the other executed prisoners are not known.

According to Amnesty International Iran is the most prolific user of capital punishment in the region and the second worldwide after China.

The clerical regime seeks to prevent escalation of popular protests by its horrendous executions.

A death and a life sentence against two brothers for taking part in November 2019 protests, indicate that the regime open-handedly uses the death penalty as a tool of repression. Abbas and Mohsen Deris, both members of Iran’s ethnic Arab minority in Khuzestan Province, were arrested during the violently repressed November 2019 protests, which saw an estimated 100 protesters killed in Khuzestan alone.

At least nine political prisoners were executed in Iran in 2021, with a shocking list of fair trial violations. They include:

Javid Dehghan, 31, a member of Baluchi ethnic minority, was hanged on January 30, 2021. In convicting and sentencing him to death, the court relied on torture-tainted “confessions” and ignored the serious due process abuses committed by Revolutionary Guards agents and prosecution authorities during the investigation process.

Arab political activist, Ali Motiri was executed on January 28, 2021, in Sheiban Prison of Ahvaz, southwestern Iran. He was arrested in 2018 and tortured to confess to killing two Basij members.

Baluch political prisoners Hassan Dehvari, and Elias Qalandarzehi were executed on January 3, 2021, in Zahedan Prison. They were both brutally tortured and kept in solitary confinement for 112 days after their arrest in April 2014. Their death sentence was based on forced confessions under torture.

Ethnically Arab political prisoners Jasem Heidary, Hossein Silawi, Ali Khasraji, and Nasser Khafajian (Khafaji) were executed in Sepidar Prison in Ahvaz, the capital of Iran’s Khuzestan Province, on February 28, 2021. After their execution, bruising was visible on all four men, indicating that they had been tortured or otherwise ill-treated, and their lips had not healed from when they sowed them shut on hunger strike.

Political prisoner Heidar Ghorbani, 48, was executed on December 19 at Sanandaj prison in north-western Iran. He was convicted of for “armed rebellion against the state” (baghi), despite serious fair trial violations and the trial court confirming that he was never armed. His conviction was based on torture tainted “confessions” obtained while he was forcibly disappeared.

At least four prisoners who were children at the time of their arrest were executed in 2021 in apparent violation of international law.

Bahaoddin Ghasemzadeh, was executed on July 4, 2021 for a crime that took place when he was a minor and following a conviction based on forced “confessions”, according to amnesty International.

Ebrahim Shahbakhsh, 23, was executed for drug-related charges on August 24, 2021. He was under the age of 18 at the time of his arrest.

Arman Abdolali, who was arrested for murder when he was aged just 17, was executed at dawn on November 24, in Rajai Shahr prison near Tehran. The 25-year-old was subjected to a ‘grossly unfair trial marred by torture-tainted ‘confessions’, according to Amnesty International.

Mohammad Tazekar was executed on murder charges at dawn on December 12, 2021, in Meshkinshahr Prison. He is thought to have been under the age of 18 at the time of the crime.

Iran is the world’s chief executioner of women. An average of 15 women is executed in Iran every year. The Iranian regime executed at least 16 women in 2021.

Many of the women convicted of murder in Iran are themselves victims of violence against women and have committed murder in self-defense. Their trials and sentences issued are grossly unfair.

In a shocking case in February 2021, an Iranian woman who died of a heart attack while waiting to be executed was still hanged. The woman, Zahra Ismaili, was made to watch as 16 men were hanged in front of her while waiting her turn at Rajai Shahr Prison, west of the capital Tehran. She was a victim of domestic violence and had murdered her husband in self-defense.