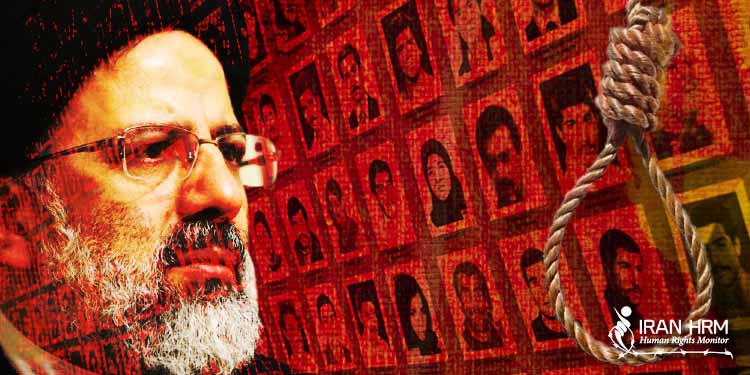 Prominent former U.N. judges and investigators have called on U.N. human rights boss Michelle Bachelet to launch a probe into Iran’s 1988 massacre of political prisoners and the role of the regime’s current president, Ebrahim Raisi, at that time.

The open letter released on Thursday, was signed by some 460 people, including a former president of the International Criminal Court (ICC), Sang-Hyun Song, and Stephen Rapp, a former US ambassador for global criminal justice.

It names Iran’s current President Ebrahim Raisi and the head of judiciary Gholam Hossein Mohseni Ejei among the alleged perpetrators, who “continue to enjoy impunity.”

Ebrahim Raisi, who took office in August 2021, was the deputy prosecutor and one of four judges who oversaw the 1988 killings. He is a criminal in power to advance Khamenei’s vicious goals and should be held responsible for his crimes in the 1980s, particularly those committed in the blood-soaked summer of 1988.

In 2019, the US placed Raisi on a sanctions list citing the executions and other alleged rights abuses.

Iran has never acknowledged that mass executions took place under Ayatollah Ruhollah Khomeini, the revolutionary leader who died in 1989.

1988 massacre of political prisoners is 33 years old, yet the world still does not know the exact scale of this crime. Those ruling in Iran continue to kill on an even larger scale with impunity.

The letter says “thousands of political prisoners who refused to abandon their beliefs were executed. The victims were buried in mass graves scattered throughout the country.”

“We believe it’s long overdue for the Office of the UN High Commissioner for Human Rights Michelle Bachelet to investigate the 1988 massacre,” the open letter reads.

Raisi, when asked about activists’ allegations that he was involved in the killings, told a news conference in June 2021: “If a judge, a prosecutor has defended the security of the people, he should be praised.” He added: “I am proud to have defended human rights in every position I have held so far.”

The letter, organized by the British-based group Justice for Victims of the 1988 Massacre in Iran, was also sent to the UN Human Rights Council, whose 47 member states open a five-week session on Feb. 28.

Other signatories include previous UN investigators into torture and former foreign ministers of Australia, Belgium, Canada, Italy, Kosovo and Poland.

Javaid Rehman, the UN investigator on human rights in Iran, called for an independent inquiry into the allegations of state-ordered executions in 1988 and the role played by Raisi as Tehran deputy prosecutor.