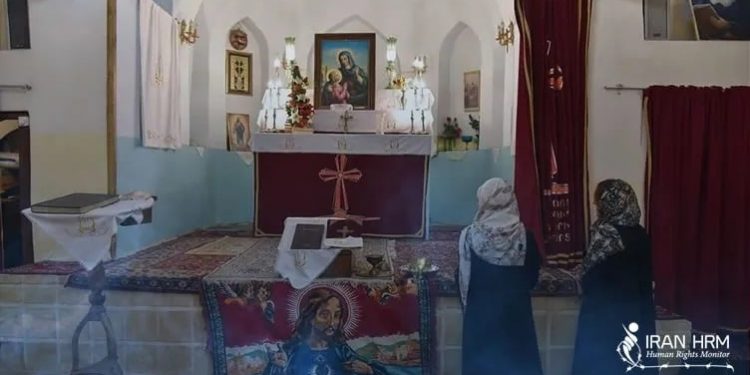 In recent days, there have been reports of violations of the rights of religious minorities, especially Christians and Christian converts in Iran.

There is no information on the condition of Mansour and Mahmoud Mardani Kharaji, two Christian converts who have been detained by security forces for more than a month.

The two brothers were arrested by security forces on December 22 in a house church in Fooladshahr, Isfahan.

Despite their family’s follow-up, no information has been obtained about their whereabouts and condition.

An informed source said: ” The IRGC intelligence forces raided the church where about 10 Christian converts who had gathered to celebrate Christmas. The plainclothes agents who had already monitored the place, confiscated their mobile phones after conducting body search.Then they registered the names and details of all the 10 Christian converts and started interrogating them.”

According to Iranian law, evangelism, missionary work, and converting to Christianity can be a crime meriting a sentence of more than 10 years imprisonment. The distribution of Christian literature in Persian is currently illegal in Iran.

In another case, on January 30, eight Christian converts were summoned to the “press headquarters of the Ministry of Intelligence” in Dezful, southwest of the country.

The authorities pressured the Christian converts to leave their faith and held ideological classes for them.

There are no recent official statistics available on the number of Christians in Iran, but 117,704 were counted in a 2011 state census.

Those who said were Christians in an official census mostly belong to recognized and tolerated traditional ethnic churches, such as Armenian churches.

But evangelical or other new Christian movements, which are spreading covertly among Muslims, are treated harshly by the Iranian regime.

In 2010, the World Christian Database (WCD) recorded 270,057 Christians in Iran. Some Christian organizations argue the number is much higher.

At least five church leaders have been murdered and hundreds more have been either interrogated or incarcerated in Iran since the Islamic Revolution in 1979.

Publishing the Persian version of the Bible in Iran is forbidden, while several churches have been forced to shut down.