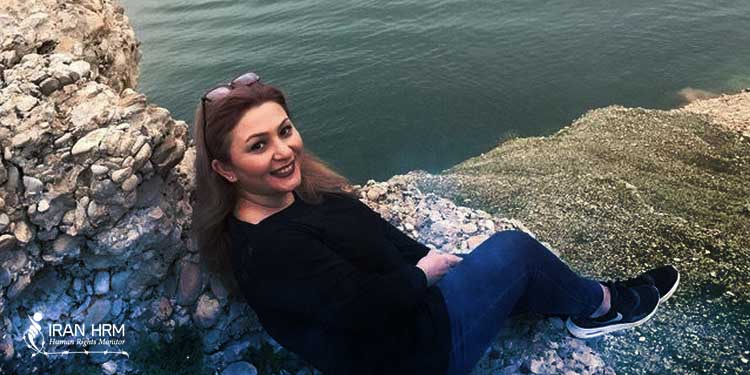 The family of Saba Sefidi, a Baha’icitizen, has repeatedly followed up on her status. Despite their efforts, the family has not yet been informed of the reasons for Ms. Sefidi’s arrest, her condition, or whereabouts. Since her arrest 33 days ago, Ms. Sefidi remains in detention, and no other information is available.

She was arrested on January 11, 2022, after appearing in Branch 2 of the Evin Prosecutor’s Office.

Despite repeated follow-ups by Ms. Sefidi’s family, no information has been provided about the reasons for her detention, status, or whereabouts. Given that the judicial authorities of Branch 2 of the Evin Prosecutor’s Office and security agencies have failed to provide any information, the Bahá’i citizen family has grave concerns.

Since her arrest, Ms. Sefidi has had only a few brief contacts with her family.

Bahá’i citizens in Iran are deprived of freedoms related to religious beliefs. However, under Article 18 of the Universal Declaration of Human Rights and Article 18 of the International Covenant on Civil and Political Rights, every person has the right to freedom of religion and convert based on their conviction. In addition, every person has the freedom to speak it individually or collectively, publicly, or in secret.

According to unofficial sources, there are more than 300,000 Bahá’i citizens in Iran, but the Iranian constitution recognizes only Islam, Christianity, Judaism, and Zoroastrianism. Because their faith is not recognized in Iran, Bahá’is’ rights have been systematically violated over the past few years.

It should be noted that in Iran, Baha’i citizens face systematic persecution and discrimination. The regime ruling in Iran does not recognize the Bahá’i religion and rituals.

Over the past few years, many Bahá’i citizens have been deprived of their education, or their businesses have been shut down.

To pressure the Bahá’i community, the Iranian regime has wanted them to bury their deceased in Khavaran Cemetery. Government officials have prevented the burial of the deceased Baha’is in Golestan Javid Cemetery. Khavaran is the documented location of the 1980s massacres in Iran.

Iran Human Rights Monitor, while expressing concern about the persecution of religious minorities in Iran, brings this issue to the attention of the United Nations’ Special Rapporteur on Freedom of Religion or Belief.