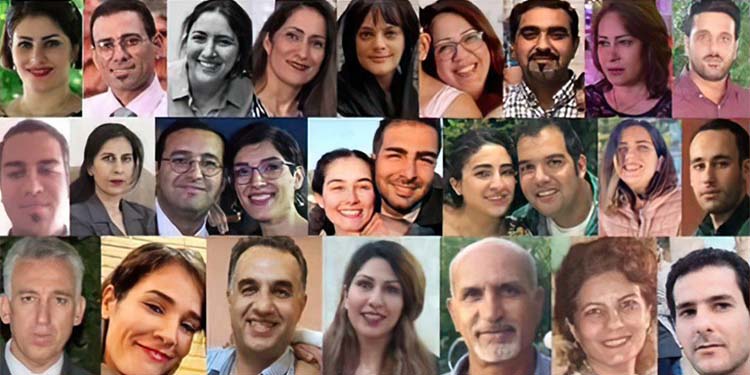 Twenty-six Baha’is living in Shiraz have been sentenced to a total of 85 years in prison, revocation of their passports, travel bans, and being sent to exile on charges of “assembly and collusion to disrupt the internal and external national security.”

The verdict was issued in Branch 1 of the Revolutionary Court of Shiraz, presided over by Judge Mahmoud Sadati, and is related to the case of the arrest of the Baha’i in Shiraz between July and December 2016.

The Baha’i International Community has repeatedly stated that the security allegations against Baha’i citizens in Iran are entirely “baseless” and that the only reason for the prosecution of Baha’is by the regime’s security services is their religious beliefs and activities.

The Baha’i men Nabil Tahzib, Ismail Rousta, Behnam Azizpour, Saeed Hassani, Ramin Shirvani, and Sehba Moslehi, were each sentenced to “five years in prison and two years in exile in different parts of Iran.” The men were ordered to “report themselves daily to the provincial intelligence service.” The six are also facing “their passports revocation and two years ban from leaving the country.”

Messrs. Shamim Akhlaghi, Soroush Eghani, Farzad Shadman, Farbod Shadman, Mahyar Sefidi, and Vargha Kaviani were each sentenced to “two years in prison and two years in exile, plus a two-year ban on leaving the country with their passports being revoked.”

Their lawyers were informed of the verdicts verbally and in person on June 8.

Yekta Fahandej Sa’di was arrested and tried two more times by the Shiraz Intelligence Office before this case. The latest verdict was handed down against her despite the fact that she was acquitted of all charges in both the first and second cases.

The trial session of the 26 Baha’i citizens was held on May 18 while the judge had “declared several defects in the case” over the past six years.