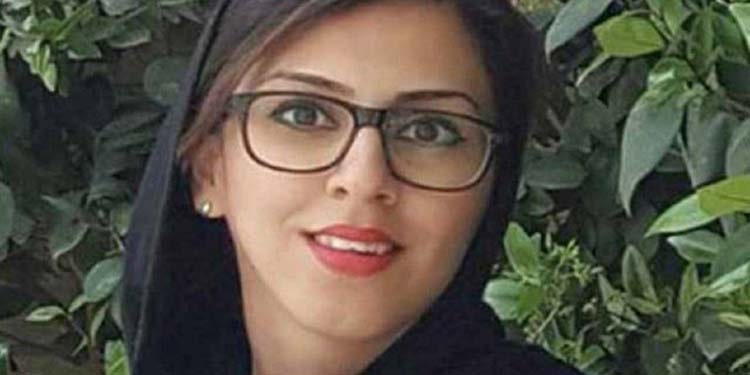 Samin Ehsani, a follower of the Baha’i faith and child rights activist was arrested on Wednesday and transferred to Evin Prison to serve her sentence.

On July 2, 2011, Ms. Ehsani was sentenced by Branch 28 of the Revolutionary Court of Tehran to five years in prison on charges of “propaganda against the regime, acting against national security, and being a follower of the Baha’i faith.”

This sentence was later confirmed by the Tehran Court of Appeals.

Samin Ehsani went to the Evin Court on August 17, 2011, to resolve some issues regarding her passport and was arrested there.

Following her arrest, security forces searched her home and confiscated all of her personal belongings, including computers and religious items related to her faith.

After a month of detention, she was temporarily released from prison on bail of 185 million Tomans until the end of the trial.

Samin Ehsani had previously provided educational support and held classes for Afghan children deprived education in Iran. Her activities in this regard were used in court to issue the verdict against her.

Iranian Bahais are systematically persecuted by the Iranian regime.

Recently a court in Iran has sentenced 26 followers of the Baha’i faith to prison terms ranging from two to five years, as well as other measures, on charges of “conspiracy to disrupt internal and external security.”

The verdict issued by the Revolutionary Court of the southern city of Shiraz is related to a series of arrests of Baha’is in Shiraz between July 2016 and December 2016.