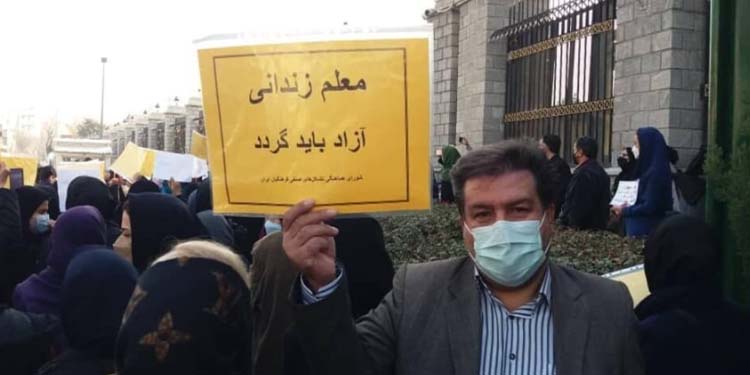 The Coordinating Council of Iranian Cultural Associations announced on Sunday, June 26, that in the last two months, 230 teachers and teachers’ union activists have been arrested and imprisoned in various cities in Iran.

The council’s telegram channel also reiterated that about two weeks ago, no information was available on the situation of three imprisoned teachers, including Rasoul Badaghi, Mohammad Habibi, and Jafar Ebrahimi.

According to the report, the three teachers’ union activists are being held in solitary confinement in ward 240 of Evin Prison, n, which is controlled by the Intelligence Ministry. They have been denied the “right to contact or visit their families.”

Dozens of teachers were arrested or summoned by security forces or the judiciary, and the houses of several trade unionists and teachers were raided following the May 1 protests.

None of the teachers were given access to a lawyer. The authorities issued statements claiming that the arrests were due to the “infiltration of foreign-affiliated elements into the ranks of teachers and workers” which threatened the order and security of the country. State television broadcast footage of several of the arrested teachers and labor rights defenders, accusing them of engaging with “hostile enemies” and calling their unions illegal.

In the past year, the Iranian Teachers’ Trade Association has organized several nationwide protests over working conditions and low wages.

Teachers were also protesting the arrest of teachers and restrictions on public education for all.

Rights lawyer returned to prison to ‘continue serving his sentence’