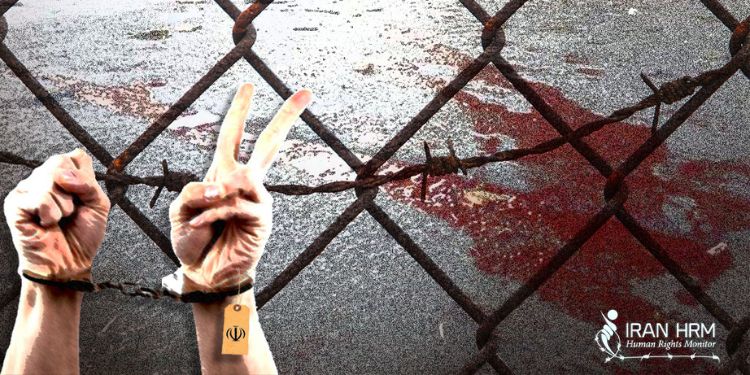 June 2022, was marked by a staggering number of executions and human rights violations in Iran in step with the growing discontent and the spread of popular protests.

The Iranian regime also ramped up clampdown to stifle the society which has already been angry over economic hardships.

Last month the Iranian regime launched a violent crackdown against civil society in Iran, including members of workers’ unions and teachers arrested for protesting their low salaries and poor working conditions.

Prior to widespread teachers’ protests until the end of June, over 230 teachers were arrested, dozens were summoned by security forces or the judiciary, and the houses of several trade unionists and teachers were raided.

Security forces arrested dozens of teachers on June 15 and 16 to prevent the fourth nationwide gathering of teachers in protest of the continued detention of members of the teachers’ associations in various cities.

Despite the widespread arrest of teachers and the heavy presence of security forces, teachers took to the streets in different cities. They called for the release of their imprisoned colleagues.

The Iranian Teachers’ Union’s Coordination Council said on its Telegram channel on June 17 that 60 teachers in Shiraz, about 30 teachers in Kurdistan Province, 10 teachers in Qazvin, six teachers in Rasht, and three teachers in Khomeini-Shahr were arrested during a nationwide rally on May 16.

In a statement, the Iranian Teachers Union Coordination Council stressed that the regime’s policy has only aggravated poverty, pushing teachers from the middle class to the lower classes. The regime’s policies have resulted in unprecedented inflation rates and skyrocketing prices of basic goods. Meanwhile, teachers and other walks of life have seen no change in their salaries.

“Government employees, workers, teachers, and retirees can’t counter the effects of unbridled inflation, and every day, their purchasing power is diminishing, their food tables are becoming smaller, and they have no other choice than to claim their rights by raising their voices in the streets,” the statement reads. “It is disappointing that authorities are responding with violence instead of listening to the voices of the fed-up people. They don’t believe that the people are fed up with poverty and discrimination.”

This report Iran Human Rights Monitor addresses aspects of the reality of widespread human rights violations in Iran in June 2022.

In June 2022, at least 86 prisoners were executed in various prisons in the country.

Of these, 51 prisoners were executed on murder charges, 23 on drug-related charges, 9 on rape charges, and two on the charge of Moharebeh.

A woman was executed in Zahedan Central Prison for murder.

A man who was under the age of 18 at the time of his arrest is among those executed.

Iran Human Rights Monitor released a separate report on executions in Iran in June 2022, along with a list of all those executed this month.

In June 2022, the harassment and persecution of prisoners continued.

Despite all the physical problems that the hunger strike poses to the prisoners, they have no choice but to go on a hunger strike as a last resort to achieve their legitimate demands.

Eskandar Lotfi, a member of the Managing Board of the Marivan Teachers’ Association, detained by the Intelligence Agency in Sanandaj, western Iran, went on a hunger strike on May 30. His hunger strike was in response to authorities renewing his detention order and being pressured to make false confessions.

Ten detained teachers, who have been held in Saqez Central Prison since June 15, started a hunger strike on Sunday in protest of their continued illegal detention and the authorities’ failure in processing their cases. According to the Iranian Teachers’ Trade Association, the striking teachers are, Khaled Abdollahi, Soleiman Abdi, Ahmad Ghaderi, Amanj Amini, Zahed Moradi, Esmail Reihani, Hessam Khakpour, Taher Hamedi, Mohsen Shokuhi, and Hassan Rahimian.

Ahwazi political prisoner Nazem Barihi went on a hunger strike on May 30, to protest being imprisoned without trial.

Arkan Palani Jaf, a Sunni prisoner imprisoned in Rajai Shahr Prison in Karaj, went on a hunger strike on Friday, June 10, to protest the lack of medical care and the opposition of prison officials to send him on leave and parole.

Reza Shahabi, a member of the board of directors of the Tehran Bus Workers’ Union, has been on a hunger strike since June 13 to protest his continued detention. Shahabi was arrested at his home on May 10 by Intelligence Ministry officers shortly after publicly calling on the authorities to investigate death threats against him and his family.

Keyvan Rashuzadeh, a political prisoner imprisoned in Urmia Prison, went on a hunger strike on June 13 after prison officials did not agree to send him on leave.

Mohammad Ali Zahmatkesh, a teacher union activist, went on a hunger strike on June 22 in protest of his illegal detention.

Political prisoner Fariba Asadi, imprisoned in Qarchak Prison in Varamin, is deprived of proper medical care despite her poor physical condition. She suffers from heart problems, kidney disease, and rheumatism.

Political prisoner Fariba Asadi, imprisoned in Qarchak Prison in Varamin, is deprived of proper medical care in a hospital despite her poor physical condition. She suffers from heart problems, kidney disease, and rheumatism.

Political prisoner Mehdi Maskin Nawaz, held in Rajai Shahr Prison in Karaj, is deprived of proper medical care despite his poor physical condition. He has severe pain in the neck, lumbar spine, meniscus, and patella of the knee.

Reza Mehregan, a civil activist imprisoned in Evin Prison, will be prevented from being sent to a hospital outside the prison due to his heart and blood disease due to his opposition to his transfer.

Political prisoner Soada Khadirzadeh gave birth to her baby after two weeks of delay. She was cuffed to her bed after undergoing C-section to deliver her baby.

Her family had no information about her health. Soada was kept in prison until 3 hours before delivering her baby. The delivery had been delayed by two weeks.

Soada’s legs and arms had swollen, and her baby’s health was at risk.

Finally, on Monday, June 20, 2022, at 5 am, Soada Khadirzadeh was transferred to a medical center in Urmia to deliver her baby by a C-section operation.

She was alone at the delivery time.

Soada was returned to the women’s ward of Urmia Central Prison that evening after a cesarean section without completing her treatment. She is being held in inferior conditions in prison.

Judiciary officials had agreed to let Mrs. Khadirzadeh completer her treatment and partial recovery and allow her baby’s conditions to stabilize in the hospital. Security services, however, transferred Mrs. Khadirzadeh to the Central Prison of Urmia without informing her family and lawyer.

Soada Khadirzadeh was denied access to her family during the 10 hours she was hospitalized. Only once did she speak to her relatives by telephone.

A well-informed source from Urmia Prison said about this political prisoner, “prison guards had tied Soada’s hands and feet to her bed during her 10 hours in the hospital. They untied her hands and feet only after repeated protests by the hospital staff.”

A court in Iran has sentenced 26 followers of the Baha’i faith to prison terms ranging from two to five years, as well as other measures, on charges of “conspiracy to disrupt internal and external security”.

The verdict issued by the Revolutionary Court of the southern city of Shiraz is related to a series of arrests of Baha’is in Shiraz between July 2016 and December 2016. Several unspecified problems in the case had drawn the proceedings out for six years.

A Baha’i citizen named Fardin Nadafian Ghamsari, went to Evin Prison on June 19, to serve his prison term. He was sentenced to one year in prison by the Revolutionary Court of Tehran. His sentence was upheld in Branch 36 of the Tehran Court of Appeals. Baha’i citizen Hayedeh Ram was arrested by security forces on June 17 and transferred to Adelabad Prison in Shiraz to serve her sentence.

Five other Baha’is, Borhan Esmaili, Maryam Bashir, Faranak Sheikhi, Mino Bashir, and Dorna Esmaili, who were sentenced to more than 64 years in prison in a joint case with Hayedeh Ram, received a notice to serve their sentences.

They were summoned to the Borazjan Judgment Enforcement Unit.

This month, the convictions of Anoushavan Avadian, a Christian citizen, and Christian converts Abbas Souri and Maryam Mohammadi were upheld by the Tehran Court of Appeals. Anoushavan Avadian was sentenced to 10 years in prison and fined and deprived of social rights. Abbas Souri and Maryam Mohammadi were also sentenced to a 50 million toman fine and social rights deprivation.

Branch 18 of the Gilan Court of Appeals in northern Iran upheld the verdict for three Christian converts identified as Ahmad Sarparast, Ayub Pourrazazadeh, and Morteza Hajeb. Earlier, these Christian converts were sentenced by the Revolutionary Court of Rasht to 5 years and one day in prison each along with an 18 million toman fine.

Most of those killed were fuel traders who lost their lives while trying to make a meager living.

At least 15 citizens were also injured by direct fire or as a result of beatings by government forces.

These included two children who were severely injured by government forces. On June 20, a child was shot in the leg and was wounded after border guards fired direct shots from a police station in Mirjaveh, southeastern Iran; The child is said to have been carrying a carton of mangos.

In another case, on June 21, a 17-year-old kolbar or border porter identified as Sohaib Qitouli from Javanroud, western Iran was severely wounded after being beaten by government forces at the Nosud border.

Women’s Hijab under intangible surveillance in banks and insurance offices