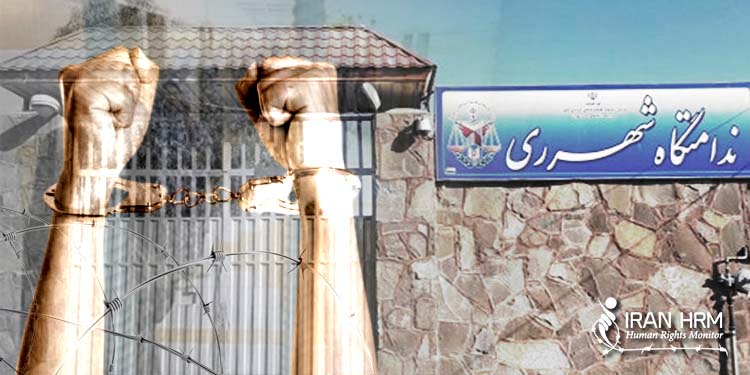 With the beginning of the summer and the extreme heat, the prisoners of Qarchak Prison are facing many problems.

The lack of a ventilation system, safe drinking water, and proper medical facilities have caused many diseases among the prisoners.

Women prisoners in Qarchak are deprived of water, air, and healthy food.

According to recent reports, even the filters and the worn-out water purification system are now out of order.

Last month prison sewage wells overflowed into all wards and their yards. This situation has exposed prisoners to various dangerous chemical pollutants, toxic air, and pollution. They are more susceptible to a variety of diseases than ever before.

Due to the lack of protein and fruit, most of the prisoners are malnourished.

There are no specialized drugs in prison, such as B-complex and B12 ampoules, burn ointments, etc. Prisoners’ families must provide most of the medicines from outside at their own expense.

The notorious Qarchak Prison is the only women’s prison in Iran and the detention center for at least 2,000 women. This prison was a disused industrial chicken farm. Initially, it did not have the standards for a prison. The lives and health of all prisoners are in danger in the Qarchak Prison. It is a place of torture, exile, and murder of women.

The quality of water in Qarchak Prison has deteriorated compared to the past months. The water has turned saltier, smells, and tastes terrible.

The contaminated water in Qarchak Prison has caused prisoners to experience various problems, including severe stomach pain and red blisters on their bodies.

Mineral water is sold at a very high price in the prison store, and it is impossible for many prisoners to buy water.

Reports published about Qarchak Prison show that during most of the air conditioners in this prison are broken. In addition, due to the power outage and repeated water cut-offs in most hours of the day and night, prison authorities turn off air conditioners inside the wards.

The heat makes it harder for prisoners to tolerate conditions without access to water. This situation also leads to increased psychological tensions amongst prisoners, and the slightest dispute between them leads to fierce clashes.

Several prisoners have been infected with tuberculosis in recent weeks.

Prison authorities have failed to isolate the sick prisoners and they are being held alongside other prisoners.

Instead of taking practical measures in response to the prisoners’ protest, Qarchak Prison officials have told them, “If you get infected, your immune system will fight the disease.”

The risk of developing the disease is awaiting all female prisoners due to negligence and inaction by Qarchak prison officials.