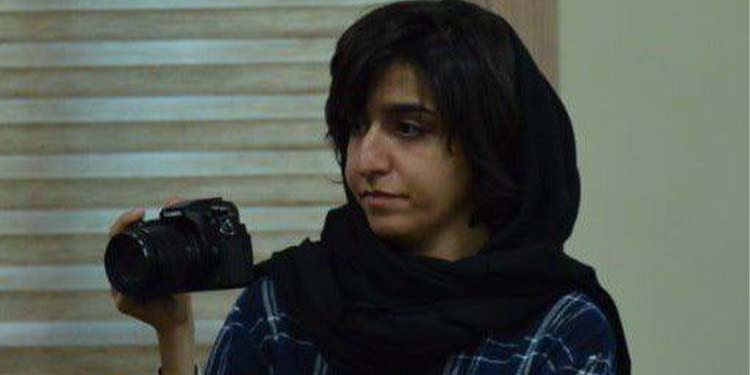 Ronak Rezaei, who was arrested during the protests over the Metropol building collapse, was transferred to Sepidar Prison in Ahvaz on Saturday.

She is currently held in the quarantine ward of the prison.

In a phone call to her family on Saturday, Ronak Rezaei informed them that she had been transferred to the Sepidar Prison of Ahvaz.

According to Farzaneh Zilaii, Ronak Rezaei’s lawyer, her charges include “propaganda activities against the state.” Ms. Zilaii said she did not have permission to get involved in the case to defend her client. She said Ronak Rezaei had called her family on the day she was arrested and one week later. She is deprived of having a visit.

A master’s student of cultural studies at Tehran’s Allameh Tabatabai University, Ronak Rezaei was arrested in late May during the protests in Abadan over the collapse of the Metropol building, that killed dozens of people.

Thousands of Iranians took to the streets in Abadan, the capital of the southwestern oil-rich province of Khuzestan, demanding justice after the 10-storey Metropol building collapsed on May 23.

The protests were responded to with a state crackdown in which riot police clubbed demonstrators and fired teargas. The state security forces made numerous arrests amid the protests.

Several students’ scientific associations and students of social sciences issued a statement condemning the detention of Ronak Rezai and demanding her unconditional release.

The statement says in part, “Ronak is a caring human being and a tenacious researcher. She had gone to Abadan to do some research for her thesis. Considering the recent tragic incident in Abadan and the adversities people suffered due to the collapse of the Metropol building, locking up such innocent human beings adds to our grief. These individuals have done no wrong other than enduring pains, suffering, and repression, and conveying the voice of the oppressed. Unfortunately, Ronak is caught up in such cruelty. While sympathizing with our fellow compatriots in Abadan, we strongly condemn Ms. Rezai’s detention and demand her immediate and unconditional release.”