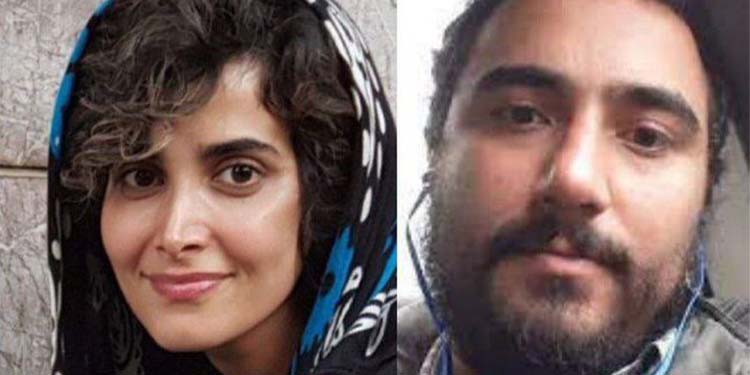 According to an informed source, “the labor activist couple has been denied the right to make phone calls with their families since almost 2 weeks ago.”

Their families went to Evin prison on June 23, but the prison authorities prevented them from seeing their loved ones. The activists had previously told their families that their interrogation procedures were completed. Nevertheless, the authorities refuse to temporarily release them until the end of the proceedings.

Anisha Asadollahi and her husband, Keyvan Mohtadi were arrested on May 9 by security forces in Tehran for serving as translators for two French nationals who were arrested a few days later.

Before this, Amir Raisan, their defense lawyer, stated that she did not know about the latest situation of her clients and said that she was not allowed to access the details of their case.

The charges against the translator and writer are still unknown, and the Writers’ Association of Iran warned after their arrest that “the responsibility for any harm to their health lies with the security services of the government and the judiciary.”

Anisha Asadollahi has been arrested several times and was sentenced to one year in prison for participating in labor rallies. Keyvan Mohtadi was also briefly detained during the 2018 protests by bus workers.

On May 17, state television alleged that the labor activists had met with two French nationals — 37-year-old Cecile Kohler and her 69-year-old partner, Jacques Paris — who were accused of seeking to foment unrest in Iran.

In a video message dated June 27, the mother of Anisha Asdollahi demanded the “immediate” release of her daughter and son-in-law.

“Doesn’t Iran consider itself a proud member of the International Labor Organization, the ILO?” Shafiqa Alemi asks in the video. “Why do you arrest the country’s brightest to compensate for your own ineptitude and incompetence?”