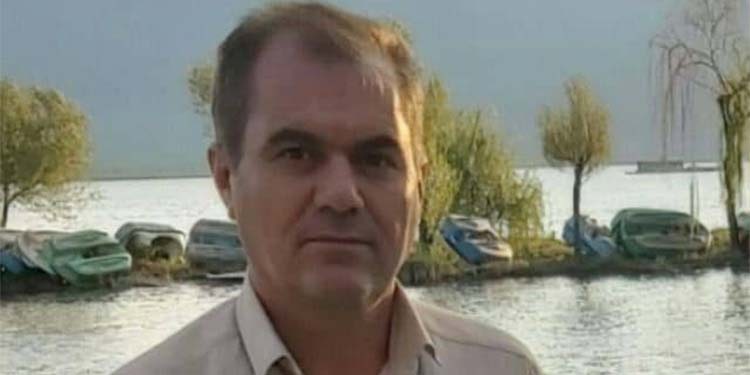 Teachers’ rights activist Masoud Nikkhah is still in detention since May 1, when he was arrested for taking part in a peaceful teachers’ protest in the western city of Marivan.

He has been taken to Ward 209 of Evin Prison in Tehran, controlled by Iran’s Intelligence Ministry.

Mr. Nikkhah has not had any contact with his family.

Masoud Nikkhah was arrested by the state security forces on May 1 along with a number of teachers and union activists and then transferred to the detention center of the news headquarters of the Sanandaj Intelligence Department.

On May 11, he was released on bail from Marivan prison and was arrested again by security forces a day later.

The activist was subsequently transferred to ward 209 of Evin prison.

Until the end of June, over 230 teachers were arrested, dozens were summoned by security forces or the judiciary, and the houses of several trade unionists and teachers were raided.

Security forces also arrested dozens of teachers on June 15 and 16 to prevent the fourth nationwide gathering of teachers in protest of the continued detention of members of the teachers’ associations in various cities.