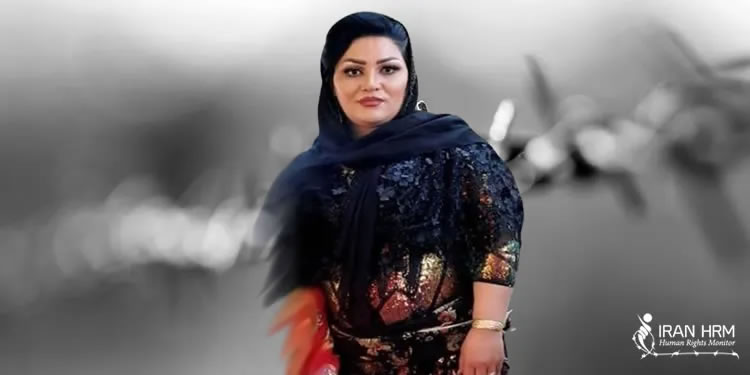 Political prisoner Soada Khadirzadeh has been held in Urmia Prison despite her poor health after giving birth.

Branch 3 of the Criminal Court of Mahabad County has set bail of 3 billion Tomans for her release, which her family has so far failed to secure.

She gave birth to her baby girl on June 20 after two weeks of delay. She was kept in prison until 3 hours before delivering her baby. Her legs and arms had swollen, and her baby’s health was at risk.

Urmia Prison authorities transferred her to a medical center only 3 hours before delivering her baby by a C-section operation.

She was hospitalized for 10 hours and was denied access to her family during that time. Only once did she speak to her relatives by telephone.

She was returned to the women’s ward of Urmia Central Prison without completing her treatment the same evening.

One source familiar with the case said, “Soada recently gave birth to her baby girl in torturing prison conditions. She has difficulty breastfeeding her baby without good food service, and prison authorities do nothing to improve their conditions.”

Political prisoner Soada Khadirzadeh, 32, is from Piranshahr, West Azerbaijan Province. She is married with two children and was one-month pregnant when she was arrested.

Security forces arrested Ms. Khadirzadeh on October 14, 2021. It is so far not known why and on what charges she was arrested.

On November 8, 2021, she was transferred from the IRGC detention center to the Central Prison of Urmia. She has been deprived of family visits or having access to a lawyer throughout her detention.

Political prisoner Soada Khadirzadeh is in a critical physical condition and suffers from a lumbar disc. She also has a heart problem; nonetheless, the investigator and the prison’s authorities have rejected her request for conditional release even on bail.