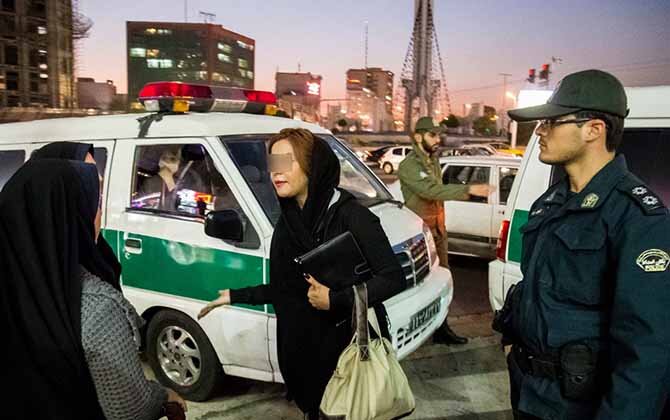 The Chief of Police of Kermanshah in western Iran said 1,700 people were summoned over “improper hijab” since the beginning of the Persian year in late March. He also said 230 cars were impounded during the same time for “cruising on the streets”.

In comments carried by the state-run Tabnak website, Ali Akbar Javidan said those who don’t observe hijab laws would be punished.

“Regarding the issue of chastity and hijab, 26 systems are directly involved, and six systems are indirectly active in the province,” he added.

Javidan claimed that the “observation of the hijab was one of the demands of the people” adding that since the beginning of the Persian year, the police had given notices to 22,000 people in the field of moral security and observing the hijab.

Kermanshah’s Chief of Police said police surveillance on recreational, historical, tourism, and commercial centers and even travel agencies and tourist tours had intensified adding that “the surveillance of cafes and restaurants has also increased and in case of any violation of the law, they will be dealt with”.

Javidan referred to the “surveillance plan” and said the plan would deal with the “problem of people not wearing hijab or having improper hijab in cars”.

The Chief of Police also said dog walking was banned in Kermanshah.

“If our colleagues observe dog walking, the dogs will be handed over to the municipality to be kept in the special centers that have been established for this reason, and if the dog owners repeat the transgression, a judicial case will be filed against them.”