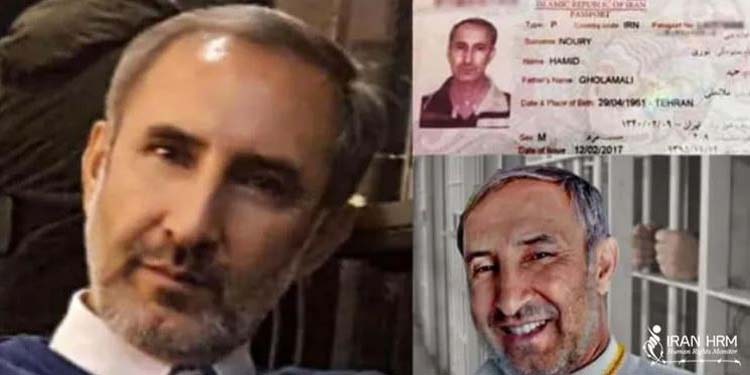 A Swedish court on Thursday sentenced former Iranian jailor Hamid Nouri to life in prison for his role in the torture and execution of thousands of Iranian political prisoners in 1988.

This is the first time that after more than three decades of the mass execution of political prisoners in the summer of 1988 in Iranian prisons, one of the regime officials, in this case, has been tried and convicted.

During the 1988 massacre of political prisoners, Hamid Nouri was the deputy prosecutor in Gohardasht prison, Karaj, near Tehran.

During the court proceedings, Noury denied the 1988 massacre as well as his presence in Gohardasht prison against all the presented evidence. He tried to frame the killing of thousands of prisoners as “lies and propaganda by the MEK and communists.” He tried to portray himself as a minor actor who did not take part in the executions.

But numerous witnesses who testified in the Swedish court gave harrowing accounts of how Nouri and other regime authorities sent prisoners to the gallows by the dozens simply for refusing to retract their support for the Iranian opposition People’s Mojahedin Organization of Iran (PMOI/MEK).

Witnesses told Swedish prosecutors that Nouri, who went by the alias Hamid Abbasi at the time, was responsible for handing down death sentences and taking prisoners to where they were hanged or shot.

The witnesses also testified on the prominent role that regime president Ebrahim Raisi played in prosecuting the prisoners in minutes-long trials without access to lawyers and immediately sending them to the execution hall.

Sweden arrested Nouri, now 61, upon his arrival in Sweden at Stockholm Airport in 2019 and put him on trial in August 2021 over the mass execution and torture of prisoners at Gohardasht Prison in July and August 1988.

Further evidence obtained from Nouri’s phone showed that he was still in touch with senior regime officials.

The massacre was carried out on the basis of a fatwa by the regime’s then-Supreme Leader Ruhollah Khomeini.

Nouri’s sentencing is a key moment in the three-decades-long struggle of the Iranian Resistance seeking justice for the victims of the 1988 massacre.

The sentence against Hamid Nouri, is a very important message to the perpetrators of the 1988 massacre. Sooner or later, all those involved in the killings of over 30,000 defenseless Iranian political prisoners back in 1988 will be brought to justice.