Political prisoners hold sit-in to gain their right to visitations 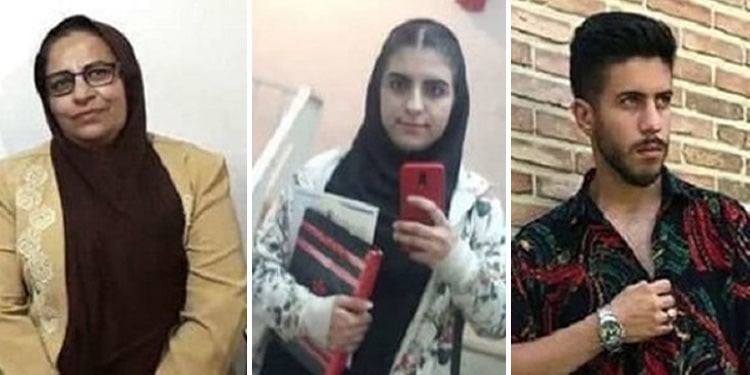 The latest reports from Qarchak Prison say political prisoners in that prisoner had held a sit-in protest in solidarity with Zahra Safaei.

Political prisoner Zahra Safaei has been deprived of visiting her son for more than three months. Her son, Massoud Moini, is detained in Evin Prison.

According to reports from Qarchak Prison on July 12, political prisoner Zahra Safaei and her daughter, Parastoo Moini, held a sit-in in the prison’s corridor to protest the rejection of their request to have a visit with their son and brother, Massoud Moini.

Zahra Safaei’s health deteriorated during the sit-in. She has a heart condition and had previously suffered a heart stroke while in jail.

Other political prisoners in Qarchak Prison started chanting in solidarity with this mother and daughter.

The prison staff ordered Zahra Safaei to go to the ward to take her medicine but locked her up. Other inmates started banging on the door and asking for help, but no one answered for three hours. The staff came to the door but only insulted and provoked the prisoners.

In the corridor, the staff had a quarrel with Parastoo Moini. When they opened the door, other political prisoners, including Saba Kord Afshari and Forough Moini joined the sit-in protest.

The head of Qarchak Prison, Soghra Khodadadi, did not come to the scene of protest, at all. At 5.30 p.m. when Zahra Safaei and Parastoo Moini went to her office to express their complaint, she claimed to be unaware of what had happened all morning.

Nevertheless, because of the protest sit-in by political prisoners in Qarchak, Soghra Khodadadi promised to resolve the problem and grant them visitation with Massoud Moini.

The Qarchak women’s prison located in a desert, east of Tehran, is known as the most dangerous and worst prison in Iran due to its inhumane medical and psychological conditions. It holds hundreds of women convicted of violent offenses in conditions far below the UN Standard Minimum Rules for the Treatment of Prisoners (the Nelson Mandela Rules).

Qarchak prison hosts many inmates despite its small size. The prison does not divide inmates according to the crimes committed and this leads to violence thus, worsening the situation as they lack medical services and are subjected to torture.

Soghra Khodadadi is the head of Qarchak Prison.

The US Treasury Department press release said, “Soghra Khodadadi, the current director of Qarchak Women’s Prison, was responsible for ordering and directly participating in a violent attack on December 13, 2020, against prisoners of conscience in Ward 8 along with at least 20 other guards. According to publicly available reports, prison guards beat these female prisoners of conscience with batons and stun guns. Khodadadi ordered this attack in retaliation for the prisoners exercising their right to freedom of expression.

“Khodadadi is being listed by the Department of State and designated by OFAC pursuant to Section 106 of CAATSA. Qarchak Prison was publicly identified as responsible for certain gross violations of human rights under CAATSA in 2019 and designated in 2020.”