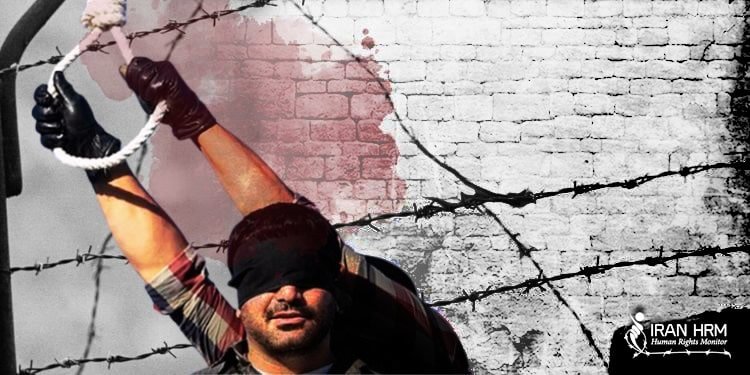 August 2022 saw a spree of executions and the brutal suppression of civil liberties.

At least 51 people were executed in August including a woman and two child offenders.

These are a part of the issues covered in this monthly report of the Iran Human Rights Monitor (Iran HRM).

In August 2022, at least 53 prisoners were executed in various prisons in the country.

Of these, 18 prisoners were executed on murder charges, 31 on drug-related charges, and one on rape charges.

Two child offenders and one woman are among those executed.

The alarming number of executions in Iran has drawn the attention of much of the international community and of global rights watchdogs, who believe that capital punishment is cruel, degrading, and inhumane.

Prisoners especially those held for politically motivated charges were deprived of their basic rights in prisons. Iranian authorities have a history of putting pressure on jailed activists and dissidents through harsh prison conditions including severe, documented overpopulation, insufficient cleaning, and hygiene supplies, as well as the absence or denial of adequate medical treatment.

Prisoners denied treatment including for COVID-19

Despite a renewed wave of COVID-19 infections in Iranian prisons in August 2022, a growing number of infected political prisoners were denied COVID-19 testing and proper treatment.

After testing positive for COVID-19, filmmaker Jafar Panahi was briefly taken from Evin Prison to a hospital for treatment but was quickly returned to the prison on August 7, 2022, where he was held incommunicado.

Esmail Gerami, a board member of the Pensioners Council of Iran who is 68 and serving a four-year prison sentence, contracted COVID-19 while in detention in Evin but was denied proper treatment.

Imprisoned human rights attorney Amirsalar Davoudi, held in Ward 4 of Section 2 in Evin Prison, had a fever and body aches for at least three days starting on August 4 but was not given a COVID-19 test or any medical treatment.

Political prisoner Fatemeh Mosanna, who has been denied medical care for a variety of serious medical issues, including colitis and migraine, showed symptoms of COVID-19 in Evin on August 2.

Several other political prisoners including Parastoo Moini, Forough Taghipour, Assal Mohammadi, and Samin Ehsani were among those infected with the virus.

COVID-19 outbreaks have also been reported in Saheli Prison in Qom, central Iran, the women’s ward in Urmia Central Prison in the west of the country, and Rasht’s Lankan Prison in the north.

Some prisoners started a hunger strike to achieve their rightful demands. In a recent case, jailed Iranian political activist Behnam Mousivand went on another hunger strike to protest the conditions of his detention.

Mousivand launched the hunger strike in late August after authorities of Evin prison prevented him from being transferred to a medical center outside the prison despite his deteriorating health condition, with the warden even threatening to transfer him to another prison.

There are also serious concerns about the condition of political activist Mohammad Ali (Pirooz) Mansouri, who continues to be denied furlough despite having suffered a heart attack in Rajai Shahr Prison.

Reports say Sepideh Rashno, a woman who confessed on air to violations of the country’s hijab law was beaten before making the statement.

Sepideh Rashno was taken to a Tehran hospital on August 5 after making the statement to be examined for internal injuries. Rashno had low blood pressure and had difficulty moving when she was transferred to the hospital. She returned to prison immediately after the examination.

Rashno, a 28-year-old writer and artist, was arrested on June 15 after a video of her arguing with another woman who was enforcing rules on wearing a head scarf on a bus in Tehran went viral.

The state security forces paraded four men in the streets of Tehran publicly degrading and humiliating them as a form of punishment.

The state-run Tasnim News Agency said on August 15 that the four were among eight “dangerous thugs” previously arrested in south Tehran.

In recent months, Iran’s state media have published several videos and reports of the public degradation of locals who were charged with “public thuggish behavior”. The men are paraded in police trucks, while masked security forces slap and manhandle them, forcing them to “repent” in public.

In past weeks, Iranian authorities have ramped up their crackdown against Baha’is, arresting about a dozen individuals and raiding the homes and businesses of many others across Iran.

More than 60 Baha’is have meanwhile been banned from attending university despite passing the country’s prequalifying and highly competitive national entrance exams.

In a cruel escalation, up to 200 state security forces sealed off the village of Roshankouh, in northern Iran, using heavy earthmoving equipment to demolish the homes of Baha’is who live in the village. Six homes were destroyed and over 20 hectares of land were confiscated.

A group of UN rights experts have on Iranian authorities to stop the persecution and harassment of religious minorities and end the use of religion to curtail the exercise of fundamental rights.

“We are deeply concerned at the increasing arbitrary arrests, and on occasions, enforced disappearances of members of the Baha’i faith and the destruction or confiscation of their properties, in what bears all the signs of a policy of systematic persecution,” the experts said in a statement published on August 22.

In a statement on August 24, Amnesty International said that since 31 July 2022, Ministry of Intelligence agents have raided and confiscated dozens of Baha’i properties and arrested at least 30 members of the Baha’i community on account of their faith in various cities throughout Iran. The authorities have subjected many more to interrogations and/or forced them to wear electronic ankle bracelets. The Ministry of Intelligence announced on 1 August that those arrested were “core members of Baha’i espionage party” who “propagated Baha’i teachings” and “sought to infiltrate various levels of the educational sector across the country, especially kindergartens”.

At least 18 citizens were also injured by direct fire or as a result of beatings by government forces.

Iran Human Rights Monitor calls on the Secretary-General, the Human Rights Council and the United Nations High Commissioner for Human Rights, the Security Council, the European Union, and all human rights bodies to hold the ruling regime in Iran accountable for crimes against humanity and gross violations of human rights.