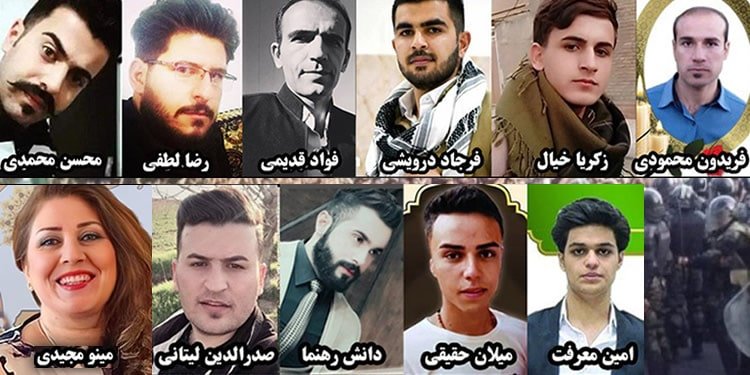 At least 30 protesters were shot and killed amid a violent state crackdown on protests over the death of a 22-year-old Kurdish woman in police custody.
Among those reported killed are two minors and a woman, shot dead when security forces opened fire on protesters.

The protests spread to 86 cities on Wednesday, including the capital Tehran.

According to reports by locals, the regime has restricted internet connectivity in the capital and other cities. Significant internet outages were also reported in other cities across the country, with one of the biggest mobile phone operators disrupted, leaving millions of Iranians offline.

Mahsa (Zhina) Amini, a 22-year-old woman from the city of Saqqez in Kurdistan Province, western Iran, who traveled to Tehran with her family, was arrested on Tuesday, September 13, by the morality police and transferred to the “Moral Security” agency.

Amini was severely beaten by the security forces in a van and was taken to the capital’s Kasra Hospital due to the severity of her injuries. After initial examinations, doctors declared that Amini had suffered a stroke and was brain dead at the same time. Amini died on Friday, September 16.

The police have denied that she was mistreated and said she suffered “sudden heart failure”. But her family has said she was fit and healthy.