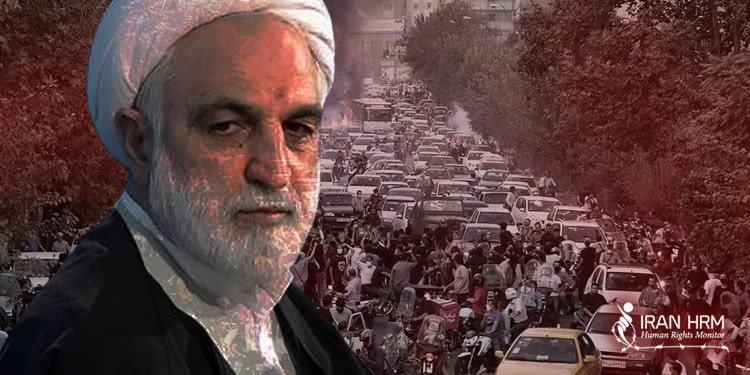 Iran’s Chief Justice has given green light to the judicial authorities to crush protests ongoing in Iran over the death in custody of Mahsa Amini.

According to the state-run ILNA news agency, Mohseni Ejei said in a call to prosecutors across the country that this action should be taken against people who “damage public and government property, disobey the police and are related to foreign spy services.”

Iranian authorities use the word “troublemaker” to refer to protesters during the protests.

This was the second threatening reaction of the head of Iran’s Chief Justice in dealing with the recent protests sparked by the death of Mahsa Amini, a 22-year-old woman who was detained by the country’s morality police on September 13.

On Monday, September 19, he said “There is no place left for negligence, provocative actions, publishing false content and doing actions that can have a criminal aspect.”

In the past few days, as protests are raging in Iran over the death of Mahsa Amini, some judicial and military authorities have started threatening protesters and social media activists.

On Wednesday, September 21, Mohammad Reza Naqdi, the deputy coordinator of the Islamic Revolutionary Guard Corps (IRGC), called the protest rallies the result of the “abandonment” of social media in Iran and demanded its “management.”

The IRGC on Thursday called the street protests in dozens of Iranian cities “sedition” and asked the judiciary to deal with the “liars” on social media.

In the IRGC’s statement, the judiciary was also explicitly asked to “identify and deal decisively and fairly with the rumormongers and liars who endanger the psychological security of the society on the internet and on the ground.”

The IRGC said the protesters must be “taught a lesson”.

Mass protests, which have now spread to at least 86 Iranian cities, were triggered by the death of 22-year-old Mahsa Amini, a Kurdish Iranian woman who was arrested for allegedly breaking Iran’s strict rules on wearing the hijab.

She died while in police custody, suffering multiple blows to the head.

Iranian authorities claimed no wrongdoing and denied Aminy suffered blows to the head during her arrest saying it was a heart ailment that killed her, but her family disputes that claim.

At least 30 protesters have been killed during the state’s deadly crackdown on the protests so far. The real death toll may be higher as the Iranian authorities cut off or severely restricted internet access across the country.