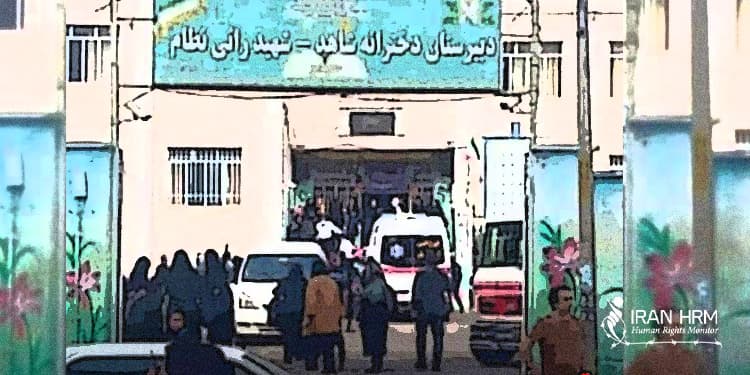 A schoolgirl, identified as Asra Panahi, was killed when plainclothes forces attacked the Shahed Girls High School in Ardabil on October 13, 2022.

Several other girl students who the agents violently beat are now being treated at the Fatemi Hospital. The number of abducted and missing schoolgirls has reached 19.

The school’s principal agreed to the authorities’ attack and kidnapping in this school in Ardabil, which outraged the girls’ families as they began to find out about the violation.

When families arrived at the school and at Fatemi Hospital to seek their children, they were threatened by the agents. Families, as well as the medical staff, have been threatened by authorities that if they speak publicly about the incident, they will no longer see their children.

Noticeably, the Coordination Council of Teachers removed its news about the death of Asra Panahi. Asra Panahi suffered internal bleeding due to heavy blows she received during the attack on her school. The latest condition of the abducted students or those in hospital is still unknown.

The students had been forced to participate in rallies in favor of the Iranian authorities. The girls at the Shahed school were made to go on an unannounced school trip, which many refused.