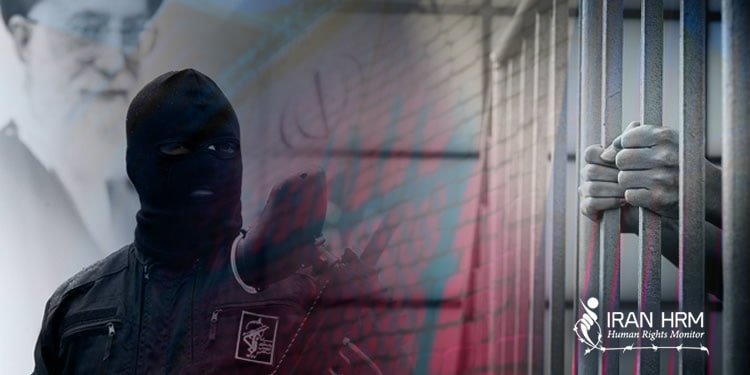 Iran’s Special Force (NOPO), guarding the Supreme Leader, which is linked to the Revolutionary Guards, attacked political prisoners held in Wards 7 and 8 of Evin Prison on October 15, 2022.

The state forces used live ammunition and shotguns on the prisoners late in the evening as a deadly clash formed in Iran’s notorious prison. Prisoners endured suffocation due to severe smoke caused by tear gas fired at them.

The courtyard of building No. 8 was covered in blood as prisoners were targeted with live ammunition from the roof. One prisoner who was observing the incident from behind a window was shot and injured. NOPO forces threw a number of prisoners down from the roof, whose conditions remain unknown of.

The forces lay prisoners down on the ground in the yard and beat them so hard that some prisoners almost reached the point of death.

One eyewitness confirms the beatings to have continued until morning. Stun guns were extensively used on prisoners to impose force on them.

Mahmoudi, the commander of the prison protection unit, was personally intervened in beating the prisoners. His brutality on prisoners was so outrageous that members of the special unit wanted him to stop. Mahmoudi, who is also a Revolutionary Guards’ Colonel, was accompanied by another officer called Tavakoli.

Mahmoudi beat one political prisoner so severe that blood leaked from the prisoner’s eyes. This prisoner’s condition remains to be found.

The special unit transferred 51 prisoners from Ward 8 to other locations. Iran HRM can clarify some of the prisoners being taken to Gohardasht Prison, but the location of other prisoners is yet to be known.

One prisoner with five bullets in his body was also taken with this group.

This act of human rights violation has caused the death of 30 to 40 prisoners, most of whom were held in Ward 7.

Tear gas was also fired inside the women’s ward in Evin Prison the same night of the attack. Prison authorities deliberately locked the ward’s door on the female prisoners to hold them back from finding any exit.

Mehdi Rafsanjani, the son of Ali Akbar Hashemi Rafsanjani, was told not to return to the prison. Mehdi is a prisoner at Evin who was on leave at the time.

Two other former Iranian officials, Akbar Tabari and Mohammad Ali Najafi, were both transferred to Evin’s medical center before the attack started. This fact clearly indicates that the high number of prisoners killed on the night of the attack was planned in advance.

Alireza Beigi, a majlis representative said, “There is no answer to our request to visit the prisons and detention centers for the recent protesters.” (The state-run Sharq daily – October 17, 2022) Iran’s Judiciary Chief Gholam Hossein Mohseni-Eje’i said, “What happened in Evin prison was a crime committed by a few of the enemy’s agents.” (The state-run Entekhab – October 17, 2022) The Iranian authorities must be transparent about the deadly incident at Evin Prison and respond urgently to the pleas of families seeking the whereabouts of their loved ones who were imprisoned in Evin.

Numbers of detained protesters had been transferred to the notorious Evin Prison before the incident of Saturday night October 15, 2022. This had caused an overall tense atmosphere in the prison, known for holding the country’s political prisoners.

There is an open field space between the building of Ward 7 in Evin Prison and the workshop building. The prisoners have access to this area during the day but are restricted once returning to their rooms at night. Initial fire at the prison started in this area just before the end of day registration. 1,200 to 1,400 prisoners are kept at Ward 7 of Evin and is the most populated parts of the prison.

Flames of fire arose from the prison at 9:00 p.m., when prison guards opened fired on prisoners and sounded the siren. The fire spread rapidly causing potential threat to prisoners’ lives. Horrific noises of blasts shook the area breaking the glasses of nearby buildings. The situation in Ward 8 also turned intense as prisoners tried to enter Ward 7 to help.

Additional guard forces from outside the prison were missioned to regain control over the unrest in Evin Prison. They fired sound grenades and flash-bangs. The guards then fired tear gas, sound grenades, and flash-bangs inside the halls of Ward 7. The guards were also equipped with rifles and pellet guns. Prisoners stuck in Ward 7 set fire to their blankets to cope with the tear gas fired at them. The Ward is now in ruins and emptied.

Families of prisoners held at Ward 7 wait in agony to hear from them. These prisoners have not been allowed to make any phone calls and are restrained from basic medical care. 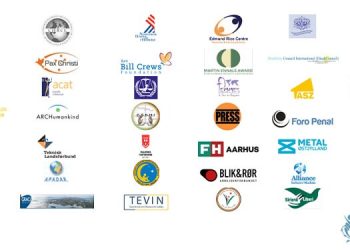