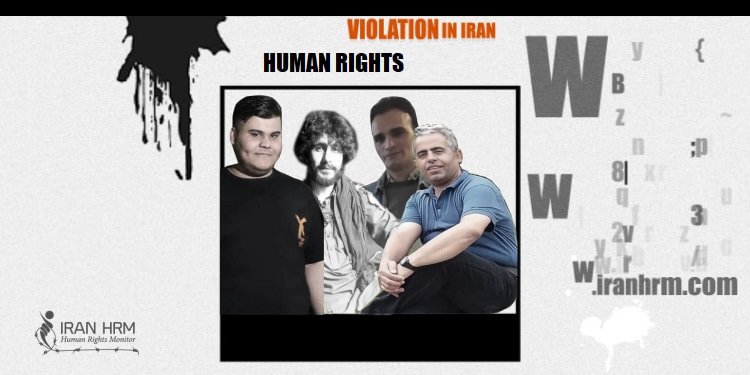 This human rights tragedy does not only concern the number of arrests but the systematic use of torture against the detainees. Iran’s Intelligent Forces have imposed extensive use of torture on these citizens while in detention.

With the start of protests in Iran, responding to the death of Mahsa Amini who was killed in police custody, thousands of protesters took to the streets. The Iranian authorities unleashed a massive wave of street arrests and have arrested nearly 20,000 people.

Based on existing evidence, the state security forces in Iran and the Intelligence forces have violently arrested individuals during the protests and transferred them to unknown locations.

Based on the news. The interrogators and Intelligence forces have carried out ultimately the worst inhumane and cruel handling of these detainees. To date, more than five of these tortures have resulted in death, which is considered as arbitrary killing.

A father murdered under torture by intelligent agents in Sanandaj

Ramin Fatehi, a kidnapped citizen in Sanandaj was under torture by the Intelligence Department in this city. He was abducted from his home on October 14, 2022. The Intelligent agents also kidnapped Ramin’s brother Varyya and his sister Rada the same day.

The state forces informed the Fatehi family of Ramin’s death on October 21, 2022.

Rada and Varyya Fatehi remain kidnapped in the hands of Sanandaj’s Intelligence. Any information about their fate is still unknown.

A Baluch father loses his son to state torture

Hamed Bajizehi, a Baluch citizen died under torture on October 17, 2022.

Hamed was detained by the Revolutionary Guards while taking part in protests on Sunday, October 2, 2022. He was arbitrary killed while in custody of this institution.

One eyewitness said that Hamed Bajizehi (Barahui) was the son of Amanullah. Hamed had taken part in protests with other locals in Kosar District on Friday, September 30, 2022. He was arrested at his father’s home by Intelligent forces on October 2, 2022, while he was in good health.

Hamed’s body was given to his family with bullets covering it. He had been tortured and has been laid to rest in a cemetery.

One protester in Ilam died after hours of torture

Mohammad Abdollahi, a 36-year-old citizen from Ilam was arrested on October 12, 2022. He was detained by agents of the Intelligence Department outside the Governor’s building. He died after several hours of torture.

Several other citizens were arrested in Ilam as they protested in front of the Governor’s building. Some were instantly killed by direct shooting of authorities.

A close family friend said, “The state security forces in Ilam contacted Mohammad’s father on Thursday and announced that their son was injured and is in hospital. After an hour, Abdollahi’s family was contacted again and told that their son had died. The forces told them to receive their son’s body from the morgue in Ilam tomorrow at 9 a.m.”

The bruising marks were evident on Mohammad’s entire body and his head was severely injured, proving he was beaten by a hard object.

The Intelligence Department only accepted to hand over Mohammad’s body after his father was forced to announce his son’s death to be of natural cause.

A 20-year-old Ahvazi citizen by the name of Ali Bani-Assad had been arrested on suspicion of possessing a weapon. Ali Bani-Assad was detained by the Intelligence Department in Ahvaz, where he mysteriously died

A source close to Mr. Bani-Assad’s family mentioned that the forensics found the cause of his death to be “kidney disability.” But Ali’s relatives never believed it as he did not suffer any kind of illness. They believe that Ali’s kidney disability was caused by severe blows.

The family stated that Ali had no history of political activism and was not involved in the recent protests either.