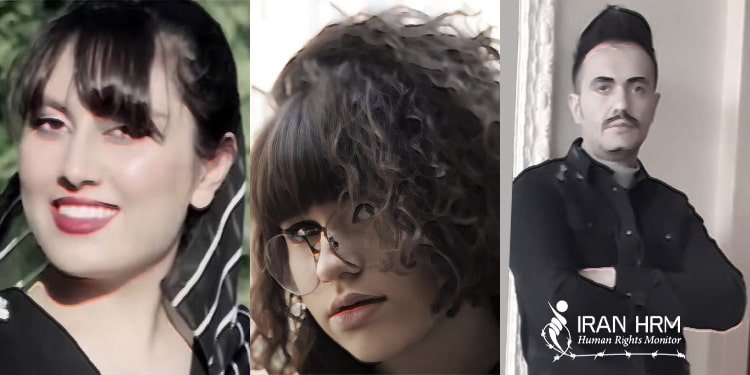 The nationwide protests that erupted with the arbitrary killing of Mahsa Amini by Iran’s Mandatory Police, have been met with a bloody crackdown by the state security forces. The state forces have widely taken up use of batons, tear gas, sprinklers, and shotguns on people’s demonstrations. Freely putting to work even combat bullets in some cities that are directly fired at civilians.
The violence enforced on demonstrators is extremely high, a large number of protesters were killed by batons blown to their head.
Security forces have severely injured protesters with multiple blows of batons to their head. These protesters have suffered brain death and expected to die in hospital, as many already have.
Iran’s security forces have taken up this method of silent killing to replace their use of weapons.
The following report covers only three cases of young civilians murdered by batons beating during the recent protest.

Negin Abdolmaleki, a 21-year-old student at Hamedan University of Technology, was a second-year biomedical engineering student from Qorveh. Negin was murdered by Iran’s security forces in Hamadan during popular protests to the murder of Mahsa Amini.
Negin Abdolmaleki was a Kurdish citizen who had come to Hamedan to accomplish her university education.
On Wednesday, October 19, 2022, Negin was seriously injured when hit several times in the head. She was taking part in protests when captured by intelligence forces and beaten multiple times with batons. The blows to her head and skull led to her death after she managed to return to her dormitory.
An eyewitness at Hamedan University of Technology stated, “The security forces, along with a number of Intelligence forces, immediately stormed the dormitory. They became informed of Negin’s death and threatened students who were present at the scene. The Abdolmaleki family was called the same night from Qorveh to come to Hamedan.
The state forces threatened students who were aware of the incident and Negin’s family to say that this student died of eating expired canned fish.

Arnika Qaem Magham was a 17-year-old Tehrani teenager, suffered and died from multiple blows of batons to her head. Arnika was struck from behind by security forces and Revolutionary Guards.
Arnika’s life was taken from her, and she died in hospital on October 22, 2022. She went into a coma for nearly 10 days as well as becoming brain dead.
Security forces have white-washed her death, saying she was thrown from the fourth floor of a building and that she committed suicide.
The Intelligence officials purposely took her to a military hospital to have her under their controlled.
Arnika’s family is under pressure from security forces to declare their daughter’s cause of death a suicide.

34-year-old Sina Malayeri from Arak is another victim of the brutal suppression promoted by the Intelligence forces in Iran.
Sina was forced to death during protests in Arak on October 22, 2022.
Sina was a medical student, and the son of Dr. Malayeri who is a well-recognized physician in Arak. Sina was viciously beaten by batons while protesting in Malek Street in Arak on Saturday night, October 22, 2022. He received severe blows to his head, but the Intelligence Agencies claimed he threw himself off the roof.
The state forces made shopkeepers on Malek Street to affirm that the young man had committed suicide.
Sina’s family has been forced to say their son committed suicide. They have also been pressurized to not publicly talk about the incident, if doing so they will be arrested. The Malayeri family was able to bury Sina on October 24, 2022, as the crowd that had gathered chanted, this perished soul is a gift to the nation.