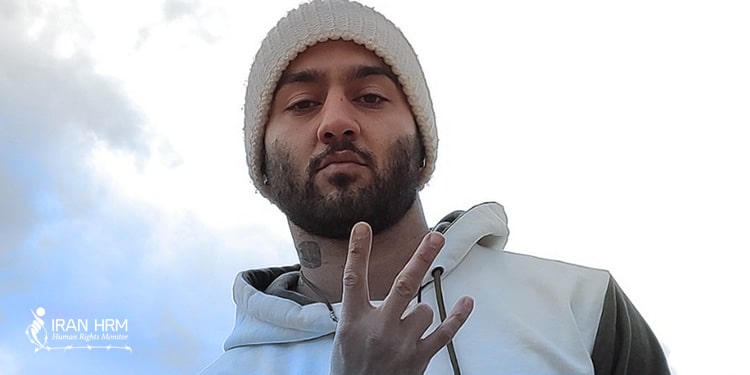 Security forces in Isfahan Central Prison have tortured the famous Iranian rapper, Toomaj Salehi. They aimed at forcing him into TV confession. The severity of his torture is such that four of his fingers has been broken.

The popular singer has been on hunger strike at Ward A.D. in Isfahan Central Prison for six days. Toomaj had been arrested by security forces on October 30, 2022.

The prison forces planned to force him to make false confession in front of the state-run IRIB TV. Toomaj Salehi has been subjected to severe physical and psychological torture and is in a dire health condition.

Toomaj Salehi was born in 1990 and is known for singing rap songs against the Iranian authorities. In his raps, Toomaj shares the pain of his people and the common Iranian society as well as denying Iran’s policies.

In his songs, he spoke out against repression, corruption, poverty and impunity & called for accountability.

In one of his songs, Normal, he refers to Iran’s crumbling economy, which is emblematic of the regime’s long-running mismanagement.

Rapping in the Farsi language, he says:

“Here people are only alive. They don’t have a life. Our children sleep hungry at night. Excuse me, but how does your conscience sleep at night?”

Salehi was arrested on September 13, 2021, after a dozen security agents raided his home in the central Iranian city of Isfahan and was taken to an unknown location.

The rapper was released on bail on September 21, 2021, amid widespread condemnation of his arrest by his supporters and by rights groups.