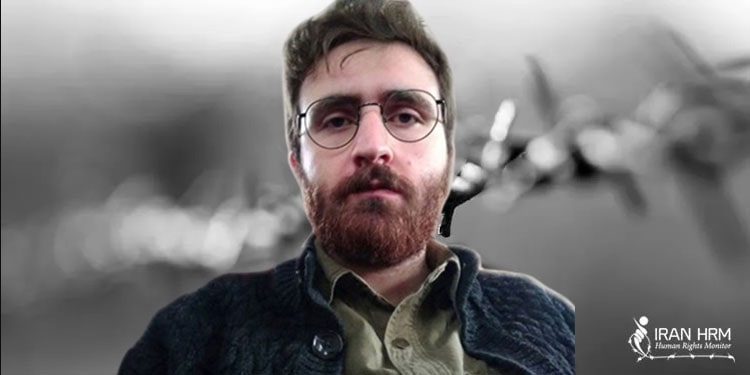 Political prisoner Yashar Tohidi was injured by a gunshot on the night of Saturday, October 15, 2022, in Evin Prison. The state agents had opened fire and attacked prisoners during a violent raid. Despite Mr. Tohidi’s deteriorating physical condition, he is deprived of appropriate medical care.

Political prisoner Yashar Tohidi took 3-gun shots to his thigh during the attack. He suffers nerve swellings of his feet, so severe that he sometimes faints out.

On several occasions, he was taken to the prison clinic on a stretcher and given tranquilizer and returned to the ward.

Mr. Tohidi was able to receive surgery after two weeks. He was taken to the Revolutionary Guards’ Hospital, Baqiyatallah, in Tehran. The bullet heads and pellets were removed from his thigh.

The political prisoner remains in critical condition in Ward 8 of Evin Prison and is not receiving required medical care. The prison clinic has done nothing to prevent the possibility of infection in this prisoner’s leg.

Yashar has numbness in the plantar area of his foot. He requires regular medication, but he is told that there is a shortage.

Condition of prisoners in Ward 8 is very grim. Prison authorities have transferred a high number of prisoners to this ward in means to increase pressure on political prisoners. The ward is beyond its capacity of 85 prisoners. Many prisoners are currently sleeping on the floor.

The wounded prisoners in Ward 8 receive no medical care whatsoever. Prisoners do the needed medical dressing themselves as the clinic deliberately refuses them. Medical staff in Evin Prison deliberately refrain from accepting clinical visits of these political prisoners or sending them to medical centers outside of prison.

Yashar Tohidi has been imprisoned since June 7, 2022, serving a time sentence for 2 years and 9 months. The political prisoner had previously been arrested and convicted for his activities.

Evin Prison was under heavy raid on Saturday night, October 15, 2022. Explosions were heard throughout the area and fire was seen from far distance. Sounds of gunfire continued for hours.

Following the bloody incident in Evin, several prisoners were transferred to other locations. Some were taken to Rajaei-Shahr Prison and others are yet unknown of.

The reason for such a gruesome attack on political prisoners held in Evin is known to be for their anti-regime chants. They had shouted out “Death to Khamenei” in prison two days before the raid. There death toll of prisoners remains unspecified but estimated to be in tens.