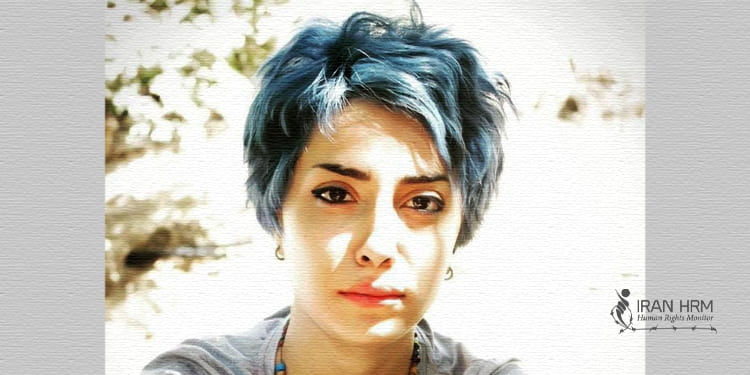 Intelligence forces affiliated to the Revolutionary Guards-IRGC attacked the Sheibani family with several vehicles. Dena Sheibani, her family, and friends, were brutally attacked and abducted on November 10, 2022, while riding in a Snapp taxi. Their mobile phones and laptops were taken from them. Dena was transferred to Shiraz and her sister’s house was raided by armed agents.
Dena remains to be a hostage for about a month.

The family has only been able to contact her once, her mental and physical conditions were very poor. She had lost 10 Kg weight and cried.
Dena is sometimes allowed to make contact for a few seconds. She is forced to sound as if she is alright. She is pushed to say she has received the clothes, medicines, and books that the family sent her, but this is not the case. The IRGC’s Intelligence Organization even steals personal belongings of several of their hostages.

Dena has been denied speaking to her sister so that she further suffers psychological torture. This is the kind of unreal phone calls dictated to captives by the IRGC’s Intelligence Organization. No family likes to receive these calls that are wiretapped. Families only want the release of their innocent hostage.
Charges against Dena has not yet been announced. To further harass her, they are still investigating her case. This puts her in poor mental and physical condition. They have not only stolen her belongings but her career, sports, health, and her family’s wellbeing. Her freedom has been stolen upon false allegations.
Dena’s family refuses to publicly speak of her situation in captivity as they will psychologically torture and interrogate her. They are constantly threatening the family.
This is the situation of dozens of other professional athletes in Shiraz.