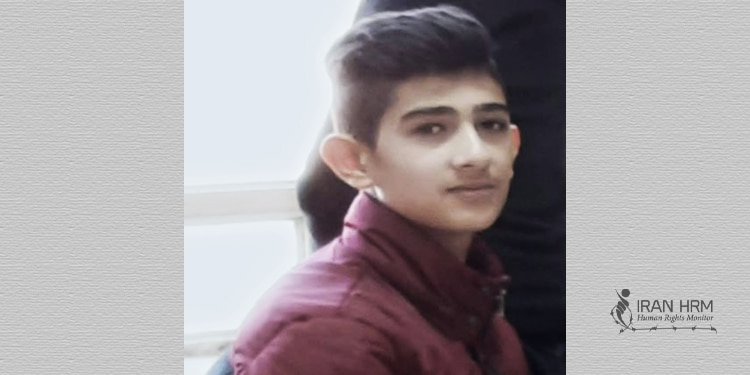 On the evening of Monday, December 26, 2022, a 17-year-old boy by the name of Mehrdad Malek, was accompanying a friend in his car. They were returning from their farm in Dashtabi district in Ardaq, Qazvin Province. A police patrol car becomes suspicious of them and tracks their path. their car. The police patrol car gets stuck in mud and can no longer proceed with its chase. Therefore, the security forces decided to open fire at the car in which Mehrdad was sitting in. Without any warning they shot towards the passengers and killed the young teenager.

Sergeant Ali Mahmoudi Nejad, who fired at the moving vehicle, killed 17-year-old Mehrdad Malek with a shot to his head. Mehrdad Malek was buried today in Ardaq, Qazvin. His funeral ceremony will be held tomorrow, Thursday, December 29, 2022. The Malek family, and mostly Mehrdad’s father, were pressured by Iran’s authorities to accept all circumstances before receiving their son’s body.

The shocking killing of this Iranian teenager occurred a day after the tragic death of Soha Etebari. 12-year-old Soha was from the village of Kholus in Bastak County, Hormozgan Province. She was riding with her family from Lamerd to Bastak, in south Iran, when police officers shot and killed her.

According to locals at the scene on December 27, 2022, plainclothes agents ordered the driver of the car to stop. Before anything could be determined, the agents opened fire at the vehicle, which Soha Etebari was seated in.

Iran HRM reported on December 10, 2022, that at least 65 juveniles have been killed by Iran’s repressive agents during the recent nationwide protests. The number reported is based on verified identities and photographs which were allocable.

False charges for Reza Rasai bring him closer to execution