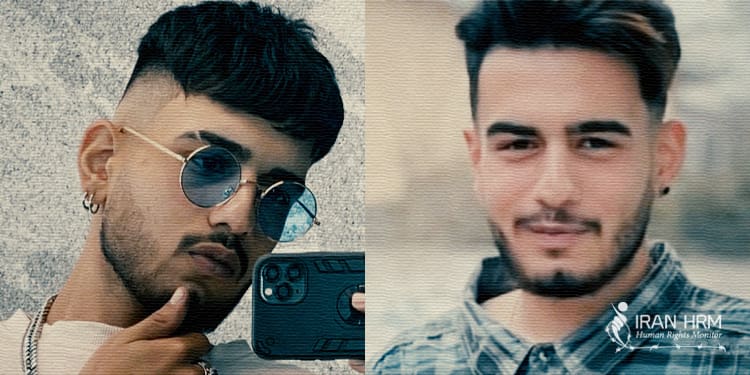 Iran’s state security forces alleged that Mohammad Mehdi Mohammadi-Fard set fire to a traffic police kiosk. The only evidence used was his forced confession. He was also reportedly denied the choice of a lawyer and his family was threatened by security forces to remain silent about the case.

Branch 1 of the Revolutionary Court of Sari sentenced Mohammad Mehdi Mohammadi-Fard to death twice on charges of “Moharebeh” and “Corruption on Earth.” Mohammadi-Fard has also been sentenced to six months in prison for “propaganda against the state,” and two years for “seduction and inciting the people to disrupt state security and cause war and killing among them;” one year imprisonment for “insulting the supreme leader,” and four years on charges of “assembly and collusion to commit crimes against state security.” He is sentenced to a total of seven years and six months in prison.

Mehdi Mohammadi-Fard’s mother said, “My son has done nothing wrong, and his only crime was to protest.” A close source to the detainee said Mehdi was severely beaten while in detention, tortured and sexually abused. He was tortured and physically abused in prison for forced confessions to accept allegations made by the Intelligence institutions. The severity of his torture and harassment led to his hospitalization. Mehdi had been in solitary confinement for at least 20 days, in a cell full of filth with beetles and rats climbing his body.

Prior to his arrest, the 18-year-old defendant was under the supervision of a psychiatrist and his mental state was inadequate. Mehdi Mohammadi-Fard had a yellow card related to mental disorder meaning he was under treatment.

During the proceedings, Mehdi requested for his card to be included in his file, but the officers destroyed the yellow card.

An informed source close to Mohammadi-Fard’s family said, “All confessions Mehdi made during interrogation were obtained by harassment. And the only documentation against him, which resulted to two death sentences, is the forced confessions. A film attributed to Mehdi by security forces does not clearly show the face of the individual.”

Mehdi Mohammadi-Fard was completely denied access to a lawyer of his choice even at the trial stage. The court found the 18-year-old guilty of leading all events that took place at protests on September 21, 2022, in Nowshahr.
These heavy sentences issued by the court found him to be one of the “leaders and main drivers of guiding and planning” the September 21 protest rally in Nowshahr’s Azadi Square, a gathering that according to the Judiciary, “Caused clashes and killed five people, while injuring other law enforcement officers.

Iran Human Rights Monitor calls on all human rights entities to take immediate action to stop the death sentences of protesters by the Iranian regime. It also calls for the release of all detainees and for all public and secret prisons to be visited. Including the detention centers controlled by Iran’s Ministry of Intelligence and its law enforcement organization.

Javad Rouhi’s life in danger after sentenced to death