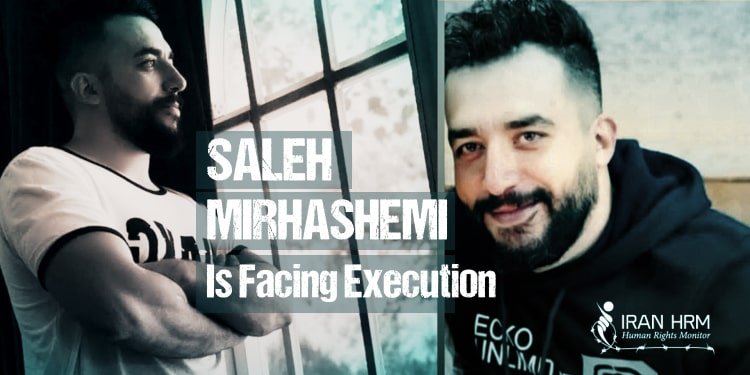 Saleh Mirhashemi Baltaghi, a 36-year-old karate champion and bodybuilding instructor from Isfahan, was arrested during nationwide protests on November 16, 2022. The Iranian Judiciary sentenced him to Moharebeh (War on God) and death.
Saleh Mirhashemi was born in 1986 and has a 4th Degree Black Belt in Karate. Saleh Mirhashemi had just begun his joint life with his wife for three months. According to those close to him, Saleh was a calm, kind, and caring person. Contrary to the accusations made against him on state-run media, Saleh was not in contact with any particular group, including the Mojahedin-e-Khalq Organization (PMOI/MEK). Saleh Mirhashemi spent 45 days in solitary confinement. During this time his family had no information of his whereabout. The Karate champion was not allowed to contact his family either. Iran’s officials severely tortured Saleh and by threatening his wife and father, they obtained forced confession from him.

Saleh Mirhashemi is the first defendant in the case known as “Khane Isfahan” (House of Isfahan), which government officials claim three Basijis were killed during an armed attack on November 16, 2022. The attack took place at the Negahbani (Guard) Square in the Khane Isfahan neighborhood, where Basij members Mohsen Cheraghy, Mohsen Hamidi, and Mohammad Karimi were killed.
According to the sentences issued, Saleh Mirhashemi Baltaqi, the son of Seyed Kazem, is recognized as the first-row defendant in the case. Saleh was sentenced to death on the charge of Moharebeh for using a belt Colt weapon, establishing and managing a criminal group with the intention of disrupting state security, and causing security offenses through assembly and collusion. Saleh was also sentenced to 10 years imprisonment on charges of membership and cooperation with the PMOI.

Six defendants in this case are charged with Moharebeh and death. Three of the defendants are Saleh Mirhashemi Baltaghi, Majid Kazemi Sheikh Shabani, and Saeed Yaghoubi Kordsfali.

Uncertainties and contradictions remain about this case. The state-run Fars news agency, affiliated to the Revolutionary Guards (IRGC), stated that “two motorcyclists” had opened “volley fire” on government forces. The semi-official Tasnim news agency, also affiliated to the IRGC, claimed that “six individuals were on three motorcycles” who targeted the Basij base.
On the other hand, the Public Relations of the Revolutionary Guards in Isfahan has “denied any terrorist attack on the Basij center in Isfahan”.

Four trials for the six defendants in this case, including Saleh Mirhashemi, were held on 28th, 29th, and 31st of December 2022, at the Isfahan Courthouse, headed by Mr. Torabi.
Isfahan’s top Judicial official says the case has 10 defendants, one of whom was recently arrested. The charges against six of the arrested protesters were tried at the Revolutionary Court and the cases of three others were sent to the Criminal Court.

Saleh Mirhashemi, sentenced to death in this case, told his mother on a phone call from prison, “I asked the mullah where the gun was, I did not even have a firecracker with me.”
An informed source said, by using brute force during torture in prison to obtain forced confessions, Saleh’s eardrum was damaged, and his teeth broken. The torture marks were still seen on Mr. Mirhashemi’s head and face on the trial day. Reports also indicate that security forces searched his residence several times, but were unable to find any evidence against him.
In an audio file released by Saleh Mirhashemi, the death-row defendant says he was forced to confess under torture. “They broke my tooth; they put me on a stool. They said we have brought your cousin (female) and your wife and we’re getting confessions from them. I said let them go and I will say anything you need.”
According to people close to Saleh Mirhashemi, he did not harm anyone during the protests and did not even have a gun to fire at anyone. In all the footage obtained from the night of the incident, the same theory is confirmed.
Iran’s Judiciary has made a false case against Saleh and sentenced the newly married man to death based on confessions of having a weapon and firing it, obtained under torture.