Javad Rouhi’s life in danger after sentenced to death 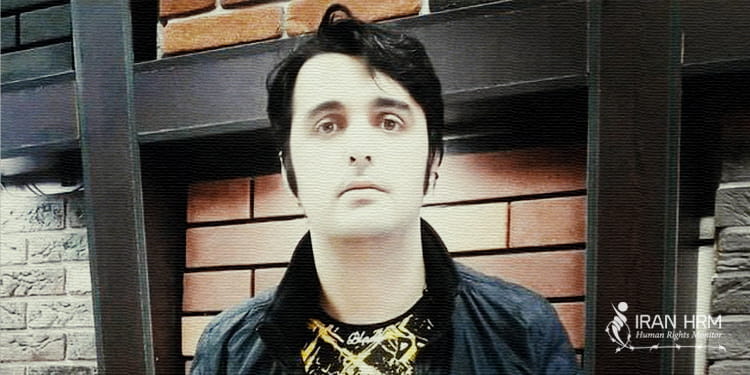 35-year-old Javad Rouhi from Amol, north Iran, was arrested by security forces in Nowshahr. He was detained on September 22, 2022, for participating in nationwide protests. The Revolutionary Court of Sari sentenced him to death and his family is under pressure to keep silent.
According to the order issued by the Sari Revolutionary Court, the pending charges against Javad Rouhi are corruption on earth by committing crimes against the state security, Moharebeh, destroying property, setting fire to public property and destroying it, which severely disturbed public order and created insecurity.

In addition to instigating citizens to create insecurity through assembly and collusion to commit crimes against state security, apostasy by defaming the Quran by setting fire to it and insulting sanctities.

The Chief Justice of Mazandaran stated, “Javad Rouhi has been sentenced to death in a lower court on the charge of Corruption on Earth. This individual has led protests in the main city square and committed significant crimes in riots.”
The Revolutionary Court of Sari also charged the young defendant with “destroying and setting fire to the traffic police’s headquarters. Government and military buildings, banks, and Nowshahr’s Municipality,” which led to the killing of “five officers and a few injured.”

Javad Rouhi was arrested for participating in Nowshahr’s September 21 protest, that led to his death penalty. Mr. Rouhi has not been allowed the right to access an attorney and all proceedings have been carried out without legal presence. State authorities obtained forced confession from Javad Rouhi under the most severe psychological and physical pressures. It was on the basis of forced confession that he was sentenced to Moharebeh. While Javad suffers from mental illness but “Every confession obtained during Javad’s interrogation was done under extreme harassment.”
“The only documentation in his case is “forced confessions” and a video of him taking part in protests. Although the video does not clearly show the face of the person who burns the Quran. Yet, the court attributed the charge to Javad Rouhi and called him an “apostate.”

In a video posted on social media, Javad Rouhi’s father urged people to be Javad’s voice. He said, “Javad has been detained for more than three months and we only saw him once. He sat trial in Sari on December 13, 2022, since then there was no phone call nor visitation. We are completely unaware, and Javad has a mental illness.”

Suleiman Vatandoost, Javad Rouhi’s public defender said, Javad is suffering from mental illness, and he has not been involved in any destruction. Even the video shows he was only present at the scene and was not involved in any action.

In the past 10 days, the Court of Sari sentenced three individuals to death. The detainees were protesters in Nowshahr. Mehdi Mohammadifard and Arshia Takdastan were previously sentenced to death in Nowshahr.

Iran Human Rights Monitor urges the United Nations, the High Commissioner for Human Rights, the Human Rights Council, and the Special Rapporteur on the Situation of Human Rights in Iran to act urgently. The brutal crackdown and killing of innocent protesters by Iran’s authorities and the ongoing use of the death sentence against them must be investigated and stopped.

I wish this was all a dream; Mohammad Boroughani on death row