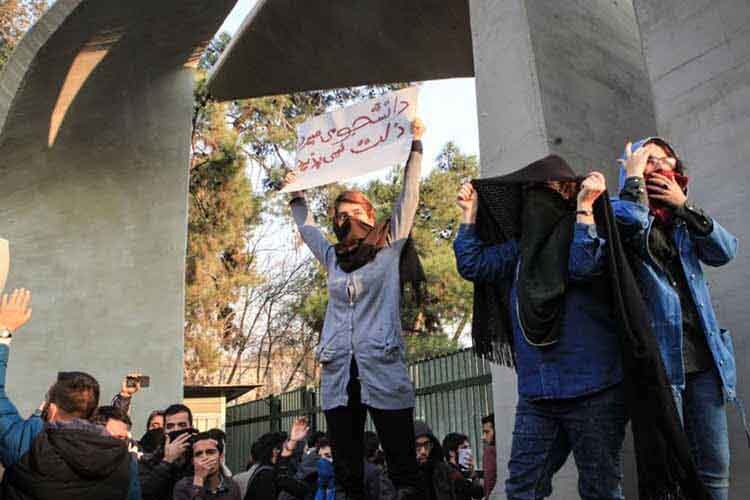 Zanjan Public and Revolutionary Prosecutor, Hassan Mozafari, said on Jan. 3, 2018, a number of the heads of groups of the recent gatherings were arrested in Zanjan, Abhar and Khoramdareh. “Their cases are under preliminary investigation,” he added. According to the state-run Fars news agency.

The state-run Mizan news agency on January 3, 2018 cited Ardebil Public and Revolutionary Prosecutor Nasser Atabati, as saying that three main elements (of the protests) in Ardebil were identified and arrested.

“During the interrogations, the defendants stated that they were completely influenced by cyberspace to take these measures,” he added. Atabati said that several individuals who had been chanting slogans that broke the structures (of the regime) were identified and arrested. “During technical examination and close intelligence observations, a number of the main leaders who had called on and instigated people to create chaos and riot were identified and a number of them were arrested,” the prosecutor added.

Gorgan Prosecutor Mostafa Haghi said on January 3, 2018, that in the recent riots in the country, 12 leaders of the unrest were arrested and taken to prison in Gorgan, according to the state-run Mizan news agency.