Iran kills more protesters under torture across the country 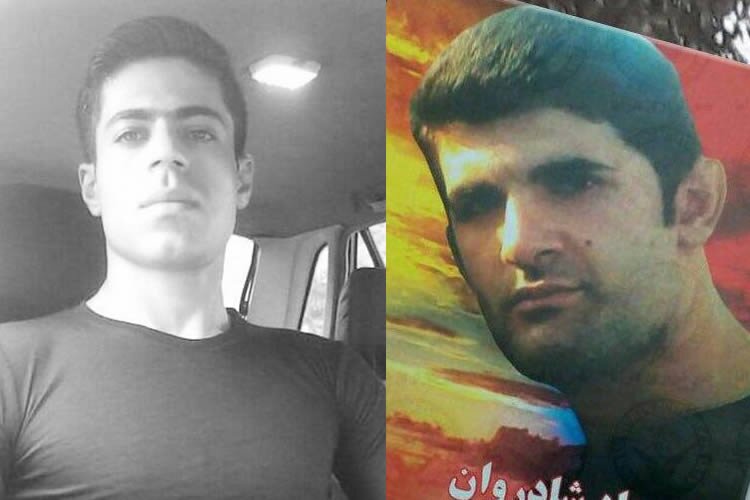 The Iranian regime is counting arbitrary murders and killing people arrested during the recent nationwide protests across Iran. Each passing day reveals further deaths in custody.

Ali Pouladi, 26, was arrested in a village near Chalous, northwest of Iran and transferred to a detention centre. The next morning authorities said he had passed away and even insulted his mother as she sought her son’s whereabouts. They did not provide any information regarding the cause of Ali’s death. His family said Ali had no illness and was in good health at the time of arrest.

Earlier Sanandaj intelligence informed the mother of a young protester, Saru Ghahremani, 24, who disappeared 10 days ago, that his body is at a morgue.

Evidence strongly suggested that Sarou Ghahremani was tortured to death by intelligence agents. His mother said she saw extensive bruises all over Sarou’s body.

In another development family of Kianoush Zandi, a protester murdered by Iranian intel during recent protests, was informed they can’t go public about his death. They did not even deliver Kianoush’s body to his family. A ceremony was held on January 14, 2018, for him. Reports show others like Kianoush, Sarou and Ali were also killed by Iran’s intelligence and the IRGC, but there is still no information on the number of deaths.

Earlier, the news of the deaths of several young people arrested during the nationwide protests in the regime’s prisons, was published including Sina Ghanbari (23) in Evin Prison, Mohammad Heydari (22) in Arak Prison, Mohsen Adeli (26) in Dezful Prison.

over the deaths of protesters while in custody and said: “Fears over the welfare of hundreds of detainees have been heightened by the death of Sina Ghanbari, 23, who was held in the ‘quarantine’ section of Tehran’s Evin prison, where detainees are held for processing immediately after being arrested. There have been conflicting reports about the circumstances surrounding Ghanbari’s death, with activists disputing the authorities’ claims that he had committed suicide.”

Iran: Political prisoner loses his memory after 200 days under torture