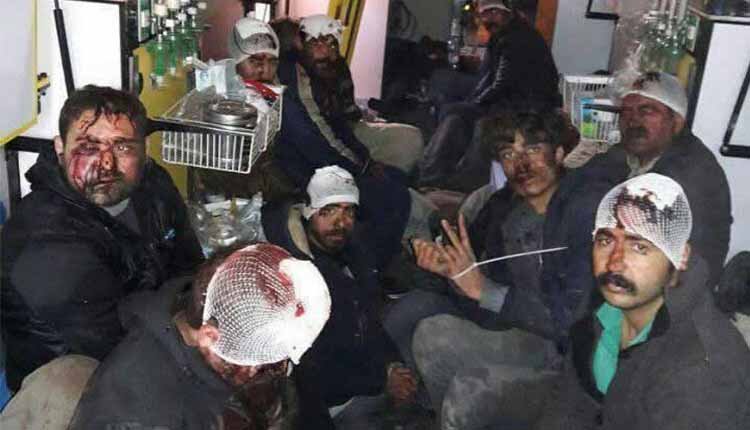 There have reports that a number of Security forces attacked Gonabadi Dervish protesters who were arrested in Golestan Haftom are in critical condition. Amir Nouri, who suffered injuries in his hand had one of his fingers amputated due to the severity of the injury. He also has a fractured head and bruises. Mr. Nouri and 30 other people who are also in poor condition, were sent to the Intelligence Agency from where they were all referred to Evin Prison’s court.
According to other reports, Kasra Nouri suffered a fractured head and hand. Due to severe blows to his head, his face is completely bruised and black, but he has still been transferred to Evin Prison despite his condition. According to eye witness reports, he was in a coma for some time before this.
Mahmoud Taghipour, another detained Dervish, was shot in his abdomen and was operated on. According to physicians, he suffered a severe drop in blood hemoglobin and a ruptured spleen. Behnoud Rostami is still hospitalized due to his critical condition and is under the control of security forces in Sajjad Hospital.
Other reports indicate that there is no news on the fate of Saeed Karimaie, Mostafa Safari and Akbar Beiravand. They were arrested on February 19.