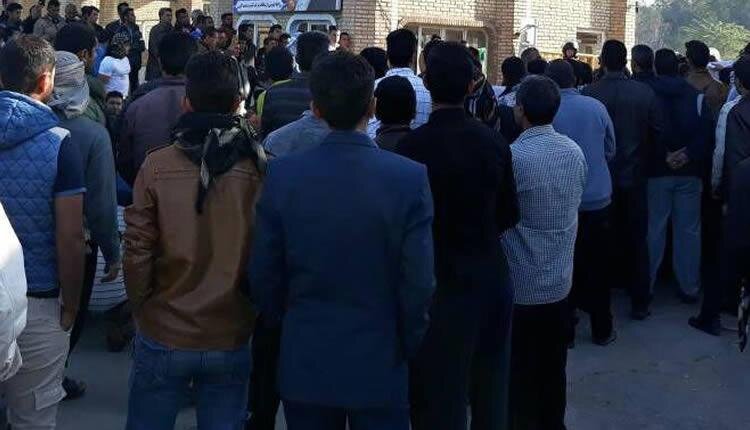 The State Security Forces attacked a group of young unemployed residents of the village of Al-Dimacheh, in Shushtar city, southwestern Iran, who protested on Saturday, March 3, 2018, against the recruitment of non-native forces.
Video footages of the scenes, shows how the State Security forces firing tear gas and attacking unemployed youths rallying outside the Karoon Agriculture and Industry Co.
During this attack, a number of youths including Hassan Kasir Farhani, Qasem Jamili, Sami Neisi and Mr. Neisi, were arrested by security forces. The identities of the other detainees are still unknown.
According to locals five protesters were shot and wounded.
The residents of the Al-Dimacheh district, in Shushtar have over 30 thousand hectares of land from the Karun Agro-industry, whose land tenancy contracts have ended for several years.
Most of the youth in this region are unemployed and are angry. They have been protesting that they are seeing non-native people working in their ancestral lands instead of using them in the Karun Agro-industry company.