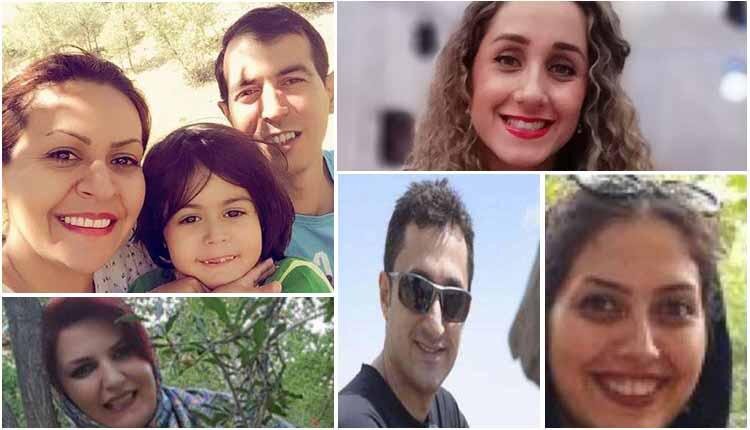 Six members of Iran’s Baha’i community were arrested by the Intelligence Ministry agents on September 15 and 16, in the city of Shiraz, south central Iran.
They were identified as Soudabeh Haghighat, Navid Bazmandegan, Bahareh Ghaderi, Elaheh Samizadeh, Ehsan Mahboub Rahvafa and Noura Pourmoradian.
Intelligence Ministry agents raided the class of Navid Bazmandegan, confiscating the student’s IDs, mobile phones, and computers and forcing them to give their passwords.
The students were forced to sign some papers with their fingerprints before they read the content.
The agents then took Navid Bazmandegan to his home and searched it before they arrest Bazmandegan and his wife without specifying any charges.
Navid Bazmandegan and Bahareh Ghaderi are the parents of 3-year old Darya, who is struggling with cancer.

Bahareh Ghaderi & Navid Bazmandegan members of #Iran's Baha'i community have recently been arrested in Shiraz.
They are the mother & father of 3-year old Darya, who is struggling with cancer. pic.twitter.com/FwVnpl3Gpu

Elaheh Samizadeh and Ehsan Mahboub were arrested on Saturday and Sunday, respectively. They were both transferred to Intelligence Department Detention Center of Shiraz aka No. 100.
Noura Moradian, called her family informing them that she has been taken to Intelligence Department Detention Center.
Soudabeh Haghighat who recently lost her mother and was planning her funeral, was arrested on Sunday.
Baha’is in Iran face state harassment and discrimination and their faith is not officially recognized. In past years, many Baha’is have been banned from higher education and their businesses have been shut down. Many have been persecuted for their religious beliefs.