Early marriages of 98 children in just one Iranian province 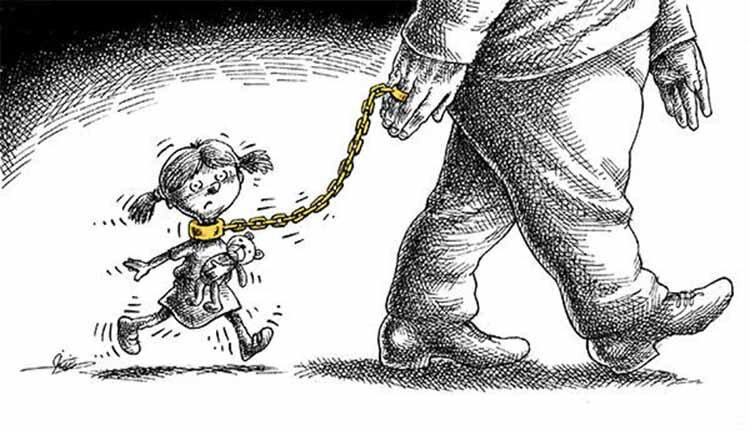 The Director General of Ilam’s Welfare Organization announced that the number of under-15 marriages of children in Ilam amounted to 98 in first nine months of the current year.

In an interview with the official IRNA news agency on February 6, 2019, Zahra Hemmati said that a total of 98 under-15 marriages took place in Ilam 94 of which were girl children and four were boys under 15 years of age.

In early January, Parvaneh Salahshouri, head of the women’s faction in the regime’s parliament said that six per cent of Iranian girls get married between 10 and 14. It came while the bill proposing to increase the marriage age for girls was turned down in December 2018, by the parliamentary Judicial Committee.

“We continue to see girls get married between 9 and 14 years of age… Some 6 per cent of those who get married are girls between 10 and 14,” Salahshouri said.

Girl-child marriage, which is one of the examples of violence against women, has been institutionalized by the Iranian regime by setting the legal age of marriage at 13. According to the regime’s officials and experts, some 180,000 early marriages take place in Iran every year and comprise 24 per cent of the total number of marriages.

Another report published in Iranian media in 2017 said that 17% of girls in Iran married under the age of 18. The numbers did not include “temporary marriages”, which is a spreading phenomenon in Iran.

Just in the past decade, close to 400,000 girls were forced to marry in Iran despite being under 15 years of age.

Early marriages of girl children in Iran have dire consequences for them and is one of the most obvious examples of child abuse in Iran which has become official.

It now seems that Iran’s state-run TV is also encouraging child marriage with a TV series that has angered Iranians on social media platforms. Iranian Twitter users have attacked the series with the hashtag “no to child marriages” in Farsi.

Hamshahri Daily recently interviewed four women who married as children. The horrifying report shows how difficult and painful it had been for the women who as children were forced to marry older men due to cultural or financial issues.

One of the women, identified as Nazi Jamalzadeh from Zanjan by the daily said that she was forced to marry at 12 and 14 years of age by her father.

“I was 12 when my father forced me to marry a 22 year old man. I was not familiar with marital issues or the responsibilities that were expected of me. But since he knew more than me, he constantly ordered me around. Other than the issues related to having an intercourse which terrified me, being separated from my mother was very difficult for me. Immediately after that man left the house, I would walk to my own village which was around an hour away in the cold and snow just to see my mother and to hug her for a few moments. My father would scold me and shout at me for leaving the house without my husband’s permission and would not even let me drink tea with my mother… After a year, I attempted suicide which I had learned from the women in the village. My husband took me to the hospital and saved my life but when we got home, he beat me and told me I had humiliated him… When I was 14, he divorced me because of the attempted suicide. Seven months later my father forced me to marry another man who was 30 years my senior. He had four children from his previous marriage and his children were like my brothers and sisters. They went to school and I did the housework… When they were doing their homework, I wanted to sit next to them and learn as well but I was a woman and had to do the housework,” the woman who was now in her sixties recalled.

Another woman, Ashraf Akhlaghi from Isfahan said that she was 13 when was married.

“I was 13 when I married. I neither agreed nor disagreed. I did not know then that I had a right to disagree. We thought that it was our parents who make the decisions… My first child was born when I was 14 my second child when I was 16. My second child was feverish and had seizures from the very first week. But I did not know what to do so he suffered brain damage and is now mentally handicapped”, she said adding that she would never forgive herself for her child’s illness.

Razieh from the southern island of Hormuz is around 13 years old. She recently married a man 8 years her senior.

When asked whether she wanted to get married, she smiled and said that she would rather have waited until she finished her studies.

“They told me that I had to marry because it would be too late. Everyone marries early here. People talk behind the backs of girls who don’t marry. They say that there must be something wrong with them when they don’t have suitors,” Razeih told Hamshahri daily.

“We have no other choice,” the child bride added.

The UN’s Convention on the Rights of the Child has banned child marriages.

Child marriage or marriage without the free and full consent of both spouses is a human rights violation and is not in line with several international agreements including the Universal Declaration of Human Rights, Convention on the Elimination of Discrimination Against Women (CEDAW), and the Convention on Consent to Marriage, Minimum Age for Marriage, and Registration of Marriage.

According to UNICEF, around 39,000 girls under 18 marry every day around the world.

40 years of crimes against humanity, the mullahs’ record