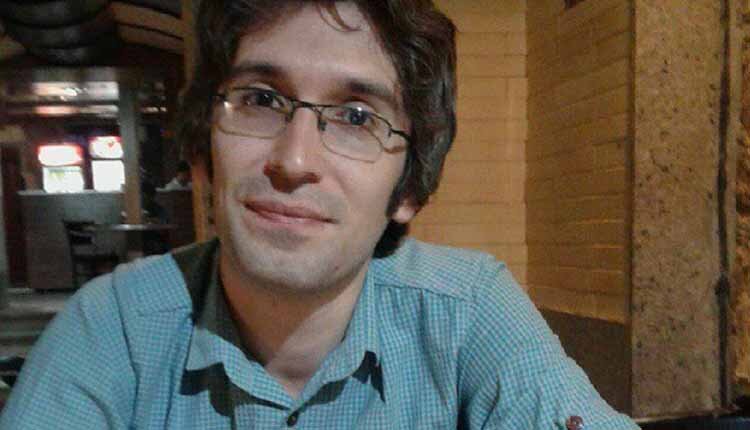 In an open letter that has been sent out of prison, Iranian political prisoner Arash Sadeghi has revealed a part of the Iranian regime’s repression of a political prisoner’s family demanding justice over the 1988 massacre in Iran.

The letter not only sheds light on a part of the crimes committed during the 1980s but also emphasizes the continuing brutality suffered by the families of the victims, harassed, and tormented for seeking truth and justice for their loved ones.

Reiterating periods during which the Iranian regime carried out widespread executions of Iranian opposition members, Arash Sadeghi, who has been serving a 15-year prison sentence for his peaceful political activities since 2016, wrote:

“Most of those executed, were meembers and suporters of the People’s Mojahedin Organization of Iran, and leftist political organizations such as Organization of Iranian People’s Fadaiyan (Fada’i Guerrillas). Many families have never been informed about why and how their loved ones were executed, and their bodies were not delivered to the families,” Sadeghi added.

About the extrajudiciall executions of political dissidents in secret and the authorities dumping their bodies, mostly in unmarked mass graves, Arash Sadeghi wrote in his letter:

“The executed were often buried in abandoned cemeteries and sometimes even their families kept in dark about the burial place. The few families aware of their children’s burial place have never been allowed to freely visit there, put grave stones and mourning.”

Arash Sadeghi explains that the authorities have kept the killings in secrets, tormenting the relatives by refusing to tell them how and why their loved ones were killed and where they are buried.

“All these deprivations and prohibitions continue and any violations of these prohibitions, protests against the executions, pursue or pleading can be persecuted by heavy punishment…
Many families have also been denied basic rights, such as the right to work and study freely.
However, they have spent years trying to uncover the truth about how and why their loved ones were killed.”

Arash Sadeghi refferes to the case of Hassan Sadeghi and his wife Fatemeh Mosanna who have been serving 15-year prison sentences since 2015, after being arrested in January 2013 for organizing a mourning ceremony for Hassan Sadeghi’s father.

“Hassan Sadeghi and Fatemeh Mosanna, a couple held in Raja’i Shahr and Evin prisons, are among those victims who each have been sentenced to 15 years in prison.
Hassan Sadeghi was arrested back in 1981 (in the middle of September) at the age of 15, and was imprisoned until he was 21.
He was arrested because his father had been prosecuted for supporting the PMOI/MEK.
When they did not have access to the father, they arrested the 15-year-old son and tortured him for six years in jail to force him to expose the whereabouts of his father.”

Arash Sadeghi then asserted that Mr. Hassan Sadeghi is still suffering the effects of torture he endured in 1980s.

“Due to strokes by cable and flogg on his soles during torture he endured in 1980s, the bones of both Sadeghi’s heels were broken at that time…He is now suffering a lot and can barely walk.”

“During that time, Hassan Sadeghi’s wife Fatemeh Mosanna (who was only 13) and her mother Ferdows Mahboubi served two and four years in prison respectively. Fatemeh’s three brothers (Ali, Mostafa and Morteza) were executed, and their bodies were never delivered to their families.
Ali Mosanna was executed while his wife and four and six year old children, Zaynab and Zohreh, were also imprisoned.
The reason for the arrests of Ms. Mosanna and her mother, Ferdows Mahboubi, and the charge against them, was protesting the execution of four members of their family during those years.”

“Hassan Sadeghi was arrested again along with his wife, Fatemeh Mosanna and their two children, 17 and 11 years old, in January 2013 for organizing a mourning ceremony for Hassan Sadeghi’s father who was an opponent of the regime of the Islamic Republic of Iran.
Their daughter Maryam, was released after three days, and their son, Iman was released a month and a half later.”

Now Fatemeh Mosanna adn Hassan Sadeghi have been serving the fourth year of their prison sentences in Evin and Raja’i Shahr prisons.

Arash Sadeghi said that the couple’s medical problems are related to the imprisonment and torture they endured as political prisoners in the 1980s.

“Due to the execution of four members of her family and endoring two years behind bars during the same time, Fatemeh Mosanna Fatemeh Mosanna has suffered severe physical and psychological problems…” Sadeghi said.

“Both of them have been deprived of family visits and medical treatment on the order of Amin vaziri, the prosecutor’s representative.”

Illegal confiscation of Properties and depriving children from basic needs:

Arash Sadeghi then reiterates that the family is facing homelessness after the Iranian regime confiscated their home and only remaining property.

“Arguing that Hassan Sadeqi’s father was an opponent of the Islamic Republic of Iran, the court ordered the confiscation of all his property after his death.
In addition to their house and properties in Kashan, the authorities have confiscated their home in Tehran where their two children, Iman and Maryam, had been living in,” Sadeghi said.

“And the persecution of the victims of the 1980s continues …” Sadeghi said.

At the end of his letter, Arash Sadeghi asked all the human rights organization not to be silent and to convoy the voice of families of victims of Iran’s 1988.

“Will the silence which lead to the tragedy of the mass killings of political prisoners and today leads to the denial of their existence and their families, continue?
I ask all the human rights organizations to convoy the voices of these oppressed and suffering families.
Arash Sadeghi – April 2019
Raja’i Shahr Prison of Karaj”

Iran Arrests Leading Trade Union Activists ahead of May Day