Child marriages In One Iranian Province Escalates 1,600 In Just One Year 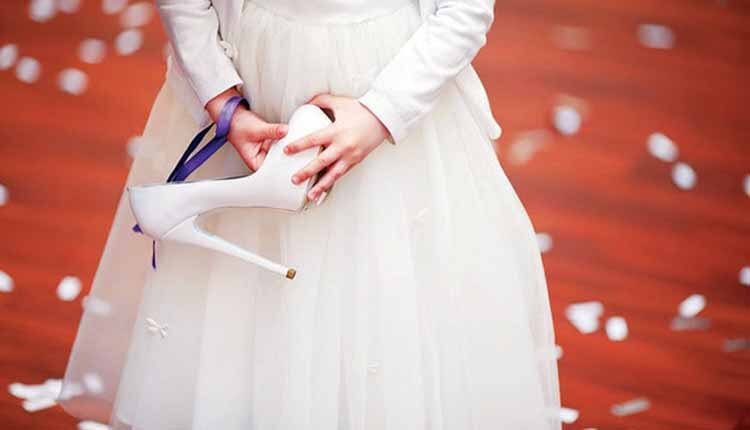 A judicial official in the province of Hamedan said that 1,596 child brides married in the western province last year.

The Social Deputy of Crime Prevention at the Hamedan Judiciary also said that from these marriages, 10% had led to divorce.

These kinds of marriages have dire consequences for child brides including child pregnancy, death from childbirth, depression and sometimes suicide in addition to divorce and lack of education.

Golestani also said that 50% of divorces were registered in the first five years of marriages in Hamedan.

“Last year, 508 of the divorces that were registered were for couples who had been married for less than one year,” he added.

Girl-child marriage, which is one of the examples of violence against women, has been institutionalized by the Iranian regime by setting the legal age of marriage at 13.

According to officials, some 180,000 girls under 18 get married in Iran every year.

Just in the past decade, close to 400,000 child brides were forced to marry in Iran despite being under 15 years of age.

This is while the bill proposing to increase the marriage age for girls was turned down in December 2018, by the parliamentary Judicial Committee.

In January, Parvaneh Salahshouri, head of the women’s faction in the mullahs’ parliament, spoke about early marriages of girl children in a meeting in Tehran. She said, “We continue to see girls getting married between 9 and 14 years of age… Some 6 per cent of those who get married are girls between 10 and 14.” (The official IRNA news agency – January 6, 2019)

She continued her remarks, “Do we want to realize population growth by marriages of girls under 13?… There are one million young men and women who do not have the wherewithal to get married. Instead of opposition to the bill on child marriages (i.e. increasing the age of marriage) and focusing on the marriage of 40,000 kids, it might be better to provide these youths the resources they need. How could a 10-year-old, who does not have the right to vote, get married? “

Child marriage or marriage without the free and full consent of both spouses is a human rights violation and is not in line with several international agreements including the Universal Declaration of Human Rights, Convention on the Elimination of Discrimination Against Women (CEDAW), and the Convention on Consent to Marriage, Minimum Age for Marriage, and Registration of Marriage.

412 Iranians arrested for “eating during Ramadan fast” in Kermanshah